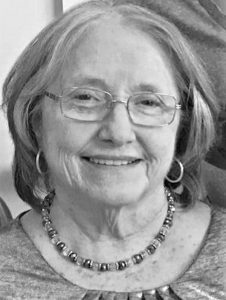 Patricia ‘Tootie’ Upton Coffman, 73, died Monday, January 20, 2020 at Ephraim McDowell Regional Medical Center. She was born March 3, 1946 in Somerset to the late John Richard and Bessie Myrtle Cheatham Upton. Tootie was a 1964 graduate of Boyle County High School. She was co-owner of Coffman’s Trophy Supply & Mini Mall, she also was a bookkeeper at Edward’s & Webb. Tootie loved the UK Wildcats, watching red birds and working in her flower garden. She was a loving wife and mother, but she loved her grandkids. In addition to her parents, she was predeceased by one brother, JC Upton and one sister, Elsie High.