Boyle leaders briefed on rapid rise of e-cigarette use 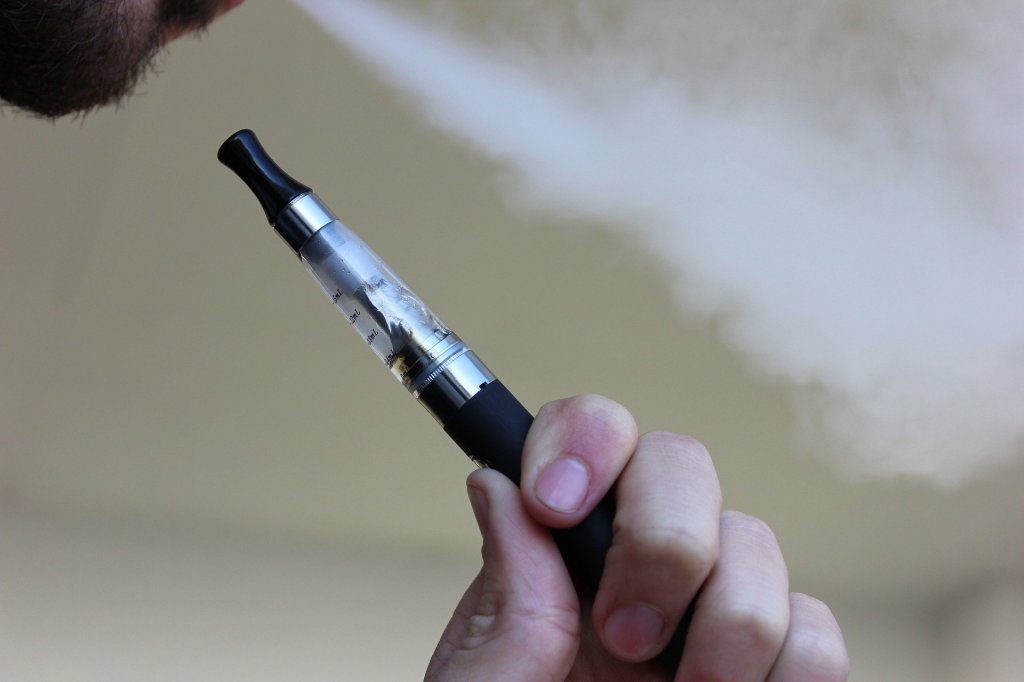 The use of electronic cigarettes and vaping has skyrocketed all over the world in recent years. And the growth in the market has far outpaced efforts to regulate the new products or prevent them from falling into the hands of juveniles.

Leaders have “been working on the opioid crisis so much, they haven’t addressed it as quickly as they should have,” said Kathy Miles, coordinator for the Boyle County Agency for Substance Abuse Policy.

School administrators and teachers feel that it happened so fast that “we couldn’t get on top of it,” Miles said, as she introduced Audrey Darville, associate professor of the University of Kentucky College of Nursing’s Smoke Free Kentucky/BREATHE organization. Darville gave a presentation to school representatives and elected officials last week during ASAP’s Lunch and Learn event at the Boyle County Health Department.

Darville said e-cigs (officially called electronic nicotine delivery  systems or ENDS) were developed in 2003 by a Chinese man who wanted to quit smoking. They were soon manufactured and sold over the internet internationally.

“The FDA said at the time, it was probably the most mass produced substance interjected into the market without any prior constraints or approval,” she said.

The FDA didn’t start testing ENDS until 2009, at which time it found inconsistencies in the amount of nicotine and other chemicals in the products, Darville said. In 2016, the FDA enacted some regulations, but more regulations have recently been pushed back to 2022. 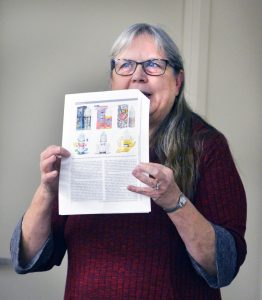 Even though ENDS were first devised to help people quit smoking, research has failed to show they help achieve that goal. Darville said internationally, health professionals are split on the issue of e-cigs being an effective aid to stop smoking.

Darville said the number of adults and young people who smoke had been declining over the years. Now, all of a sudden, the number has “skyrocketed” with the rise of Juul, an electronic cigarette company, and its “knockoffs.”

The company developed a nicotine salt that enabled the company to “ramp up” nicotine levels in its products. The “reduced the irritability and irritation” that users could experience, making use of Juul devices more palatable. The company coupled its nicotine salt “with all kinds of flavorings,” Darville explained.

“Just five years ago, (e-cigs) were non-existent. Now, up to 60% and 80% of kids are trying these in some school districts, and on average 20% are using them on a daily basis,” Darville said. “And the numbers are escalating.”

Usage has increased, but knowledge about the new products and their effects has been limited.

“The bottom line is, nicotine salts are in there, but we don’t know what else is in there. … The FDA isn’t requiring the companies to list their ingredients,” Darville said. “People and kids are inhaling this stuff on an increasingly frequent basis. People all around them are inhaling stuff and we have no idea what it is. And all of a sudden, they’re developing serious lung illnesses.”

The FDA has found that ammonia, diethylene glycol — which is antifreeze — and formaldehyde — which damages cell DNA — were present in the nicotine salts that they tested, Darville said.

The FDA wants to prohibit all flavorings of e-cigarette products — except menthol. But like other flavorings, menthol can mute the less appealing effects of nicotine, Darville said.

“Nicotine is irritating. Menthol numbs the back of the throat. When people smoke menthol, they get more nicotine because they can hold it in longer and breathe deeper,” she explained. “It’s less irritating. People get addicted quicker when they smoke menthol. Mint is huge to the industry.”

Darville said there is also “substantial evidence that e-cig use increases the risk of ever using combustible tobacco cigarettes among youth and young adults.”

Darville said “Nothing is as deadly as tobacco smoking,” and e-cig use is not as big a problem right now smoking traditional cigarettes. “They’re different things.”

The tobacco industry has now been granted permission to test IQOS and Revo devices, which are electronic devices that heat leaf tobacco, but don’t burn it like traditional cigarettes.

That’s why it’s important for officials to include electronic devices when developing smoking ban policies.

Local museum letting in seniors for free during Black…