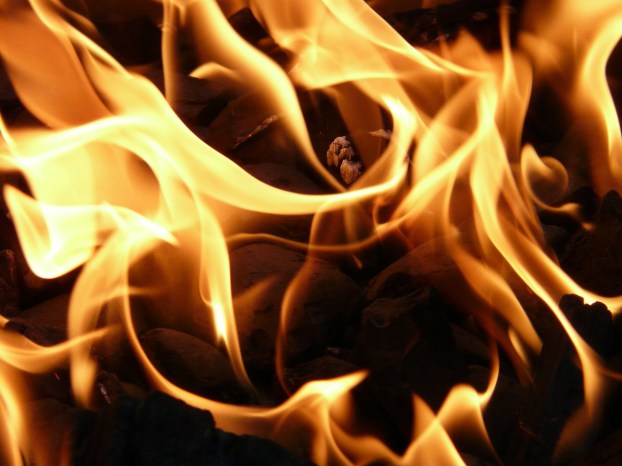 Police are looking for any leads the community can provide on two fires set during the early hours Wednesday in downtown Danville.

Assistant Police Chief Glenn Doan says a passerby saw a trash can on fire close to Pearl Hall on Centre College’s campus around 1:30 in the morning.

“As he was on the phone reporting that fire, he saw another one on Main Street, out in front of city hall, and reported that, too,” Doan said. “Neither one of them spread because the fire department responded so quickly.”

Doan says since the Danville Fire Department’s battalion chief saw the one next to Pearl Hall being so close to the building, they responded there first. But it did end up causing damage to the front of the building. “It was close to the structure,” he said.

Then the department responded to the trash can, which was at the corner of the police department’s driveway.

“It was definitely not a coincidence, with the two happening right at the same time,” Doan said. He said there have been situations where someone’s lit cigarette butt has caused a fire in the past, but that wasn’t what happened this time.

“These were not accidental-type things,” he said.

Wednesday, a detective was scoping out the areas, trying to get security-camera footage from area businesses that could have picked up individuals in the area during the same timeframe.

“Right now, it would be a criminal mischief-style charge, but we would have to evaluate the trash can fire at Pearl Hall, with its close proximity to the structure and the potential for damage,” he said. “We don’t know what the intent was — was it to destroy the structure? So it could end up being arson; we’re not sure yet.”

Danville Police are asking anyone who was in the areas around that time to call them with anything they think could be helpful, at (859) 238-1220. People may also choose to make an anonymous tip by emailing dpdtips@danvilleky.gov.

“Even if it’s just that they did notice someone being out in those areas around that time frame, if they were just driving by — anything could help.”

“A lot of our responses to questions here are, ‘Go ask Sandra.’” That was Asst. Chief Glenn Doan’s take... read more