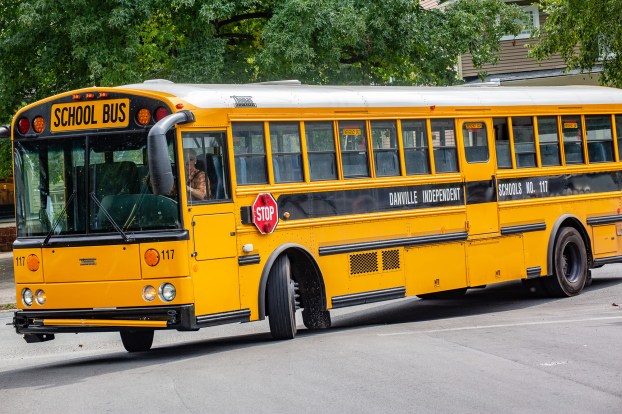 Danville Independent School District will be closed today, Friday, Jan. 24, due to widespread illness throughout the district.

Based on Wednesday’s and Thursday’s attendance numbers that were declining, school officials made the decision Thursday morning to cancel classes Friday. They predicted that today’s attendance would have been between 83% and 85%, said Communications Coordinator Tiffany Seppenfield.

Students are reporting flu-like symptoms, as well as a stomach virus, Seppenfield said.

But teachers don’t seem to be affected “at the same rate” as the students are.

In addition to Danville schools being closed today, all extracurricular activities will also be canceled this weekend, she said.

However, the Danville High School girls basketball team still competed in the All A State Tournament in Richmond this morning.

Seppenfield said the custodial staff at each school will be cleaning each building thoroughly.

As of Thursday afternoon, Boyle County schools were not seeing enough of a decrease in attendance numbers that would cause school officials to call off classes, said Jacquie Peterson, Boyle’s Director of Communications.

However, “We typically see a dip in attendance in the months where illnesses are rampant and that is holding true for this year.”

Extra caution is being implemented at the Boyle schools, Peterson said.

“In order to combat the spread of germs and sickness, we have instituted a Code Yellow on our cleaning procedures, which just means we are providing a deeper clean in our rooms and buildings, ensuring students and staff have access to (and are using) hand sanitizer and trying to keep students from sharing pencils, crayons, etc.,” she said.

He said with the weather being colder and kids staying indoors more, “It’s easier for sicknesses to transmit.”

Blevins said, “It seems to be that time of year.”

Dolled up for February “Seniors and retirees are among our most ardent fans,” says Lori Kagan-Moore. She’s director of The... read more