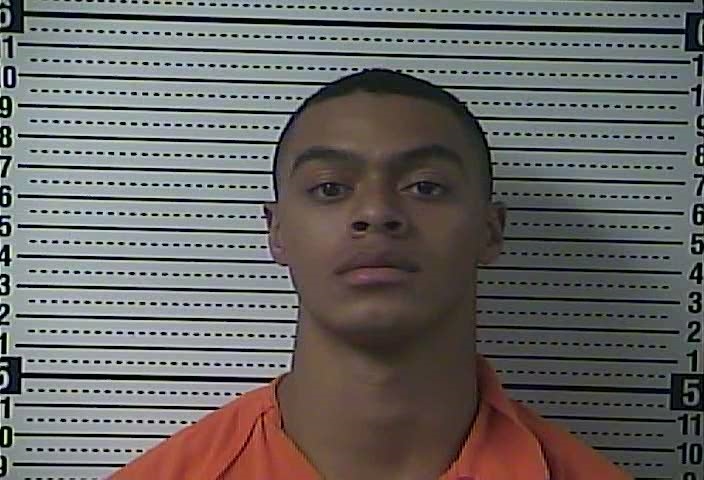 Landon Zane Bartleson, 18, is one of three teens arrested Friday for an alleged burglary and theft of firearms from On Target in Danville. (Boyle County Detention Center photo)

Danville police have arrested two juveniles and a Boyle County football player for allegedly breaking into a firearms and ammunition business and stealing nine guns.

Landen Bartleson, 18, of Harrodsburg and the two male juveniles, both age 16, have been charged with first-degree burglary and first-degree criminal mischief for the burglary that allegedly occurred at On Target in Danville Thursday night or early Friday morning, according to a news release from the Danville Police Department.

Police also connected the three to the theft of a Lexus that occurred on Centre College’s campus during the same timeframe, according to the release. The three have been charged with receiving stolen property over $10,000 in relation to the vehicle theft.

Police responded to On Target shortly after 8 a.m. Friday to investigate a burglary that had occurred overnight, according to the release.

“Investigators determined that the suspects entered the business after smashing a window. Once inside, multiple weapons were removed,” the release states.

Police recovered all nine firearms that had been stolen. Bartleson was being held at the Boyle County Detention Center on a $15,000 cash bond Monday. According to jail records, he has also been charged with second-degree unlawful transaction with a minor.

The juveniles were taken to the Adair County Regional Juvenile Detention Center, according to Danville police.

Bartleson is a senior at Boyle County High School and was a standout player for the Boyle County Rebels football team. He earned a scholarship to play at Notre Dame starting next school year, but Notre released him from his letter of intent following the arrest.