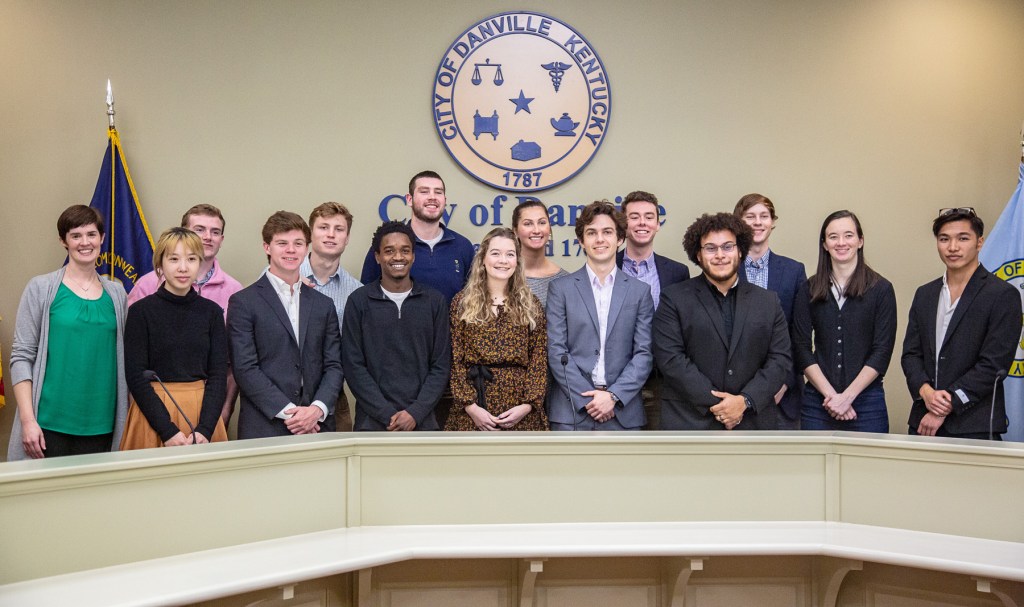 A struggle to get around

What is holding Boyle County back on economic development? According to a class of Centre College students who spent three weeks intensively researching the topic, a lot of the biggest obstacles to further economic success for the area come back to something that seems relatively basic — getting around.

Food insecurity, unemployment, financial stability, quality housing and more are all impacted by poor access to transportation for low-income residents, according to their research. 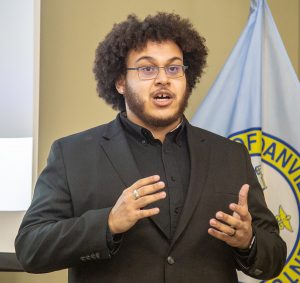 “Mobility is choice,” said David Baker, one of the students who participated in the special “Centre Term” economics class taught by Dr. Patten Mahler. “When people don’t have that ability to make that choice … it creates another huge barrier for them. Those things are so interlocked, it’s hard to say where one ends and another begins.”

The students presented to a healthy crowd of local government officials and residents at Danville City Hall this week, as the culminating event for their class.

Baker, Miles Diehl and Cole Verhoven explained what they had learned about lack of adequate transportation, including the “job/car cycle” that affects many living in poverty.

The lack of transportation increases the negative effects of “food deserts” — defined by the class as places where residents are not within walking distance of grocery stores with fresh produce.

There is an affordable public transportation option available called Dan Tran, but Verhoven said there’s a general lack of awareness about Dan Tran’s services. There are not enough signs or maps put up around town to make people aware of where Dan Tran stops; there are also no rain shelters or benches that would help people who are waiting for the bus in inclement weather, he said.

The service also provides off-route stops with prior notice, low-cost access to the Bluegrass Airport and the Bluegrass Ultra Transit Service that charges $1.75 per mile with a $5 minimum.

“Utilizing these services can really go a long way for people, but if they just don’t know about it, then it’s hard for them to use it,” Verhoven said. “And that can be attributed to a lack of marketing.”

The students came up with many of these “jumping off points” — ideas they came across during their research where they believe officials and local residents might be most likely to find good solutions that would help them improve the local economy. 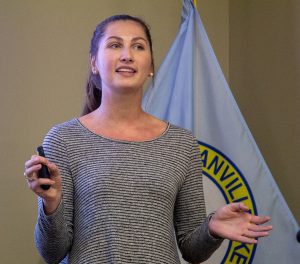 In order to address a lack of access to “self-sustaining incomes” in the area, Sarah Phillips said leaders could work to educate students in the local school systems more about high-demand jobs; provide transitional programs that help people afford to move off of welfare programs and into paying jobs; and support organizations already trying to make a difference like the United Way and Goodwill Industries.

Phillips presented with John Robert, who explained the need for better wages in order to lift people out of government welfare programs. 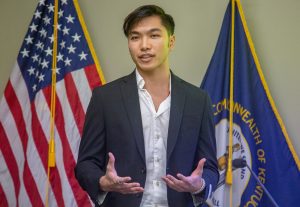 Students Stephen Deng, Katie Sharp and Nick Stuedli said financial literacy could be improved by school districts, which may have to intentionally teach financial skills to students even if those skills won’t be on standardized tests.

High property values in Boyle County makes it difficult for low-income residents to afford good housing, and there’s a general lack of residences built for people who might only be able to afford $400 to $600 in rent a month, according to JR Brockman, Emily Heasley and Abshir Abdi. 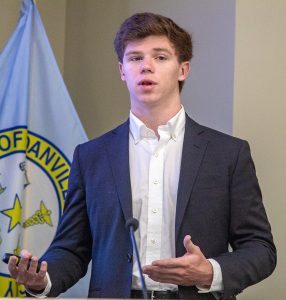 Brockman said there needs to be more developments like one planned for a south Danville neighborhood that could be filled with small homes selling for less than $150,000. And leaders need to be looking at how every segment of the housing market, including public housing, could be improved.

“We need to think more out-of-the-box and more creatively, because without that, I think this problem could last a lot longer than we would hope,” he said.

Local organizations like Grace Café and Backpack Kids Inc. are already working to address lack of access to food, according to Ben Bowers, Hogan Brownley and Eileen Zheng. 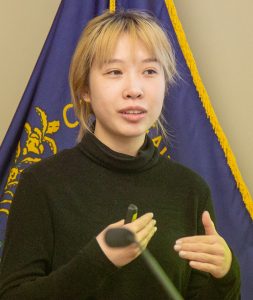 Problems with access to food tie back into transportation, and they also can lead to bigger, more expensive health care problems for the community, Bowers said.

“As food insecurity rises, the probability of you having a chronic disease increases,” he said.

The U.S. lost  almost $3.7 trillion due to chronic diseases in a year, due to things like health care costs and increased absences or lower productivity at work, Bowers said.

The students later explained, thanks to a question from Kathy Miles, coordinator for the Boyle County Agency for Substance Abuse, that the $3.7 trillion figure doesn’t even include what’s lost due to the effects of substance-use disorder.

In order to complete their project, each student spent time at an agency or organization in the community that was dealing with the problems they were studying. Baker, for example, volunteered at Grace Café.

“We put ourselves in these places where people come when they need help,” he explained.

Baker said it was “staggering” for the students to see first-hand the numerous obstacles so many people deal with on a day-to-day basis.

“It’s inspiring. I would never have imagined to overcome one of these things,” he said.

Baker said the students are thankful to all the people working in the community to overcome the issues they studied, who took time out of their work to educate the students. Studying the problems and what’s being done to address them has made the students want to give back to “the community that has given so much to us,” he said.

Mahler said she was “really proud” of the students’ presentation, and impressed that they were able to approach the economics project “from a standpoint that wasn’t strictly economics.”