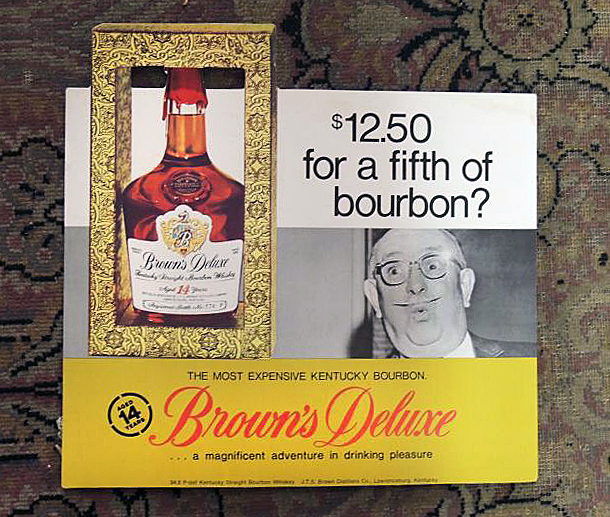 Question: Jerry, my dad and uncle owned and operated a liquor store for many years in West Virginia. They were in business from the late 1950s to October of 1989. Being a product of the Depression Era, they kept everything just in case they ever needed it. They closed due to both of them passing in a few weeks between each other.

Of course, I brought stacks of these liquor displays home, just in case I needed them for something. Many of these are still in the original packaging. Are they worth anything? They kept mostly the bourbon and whiskey pieces. Would this be something I could sell on eBay?

Thanks Jerry for looking at this for me.

Answer: Boy, what a great thing to bring back home! This is a golden age and rebirth of the bourbon industry in Kentucky. Bourbon has never been more popular with new distilleries opening up, old factories being redesigned and touted as tourist spots and collectors clamoring for the newest and highly reviewed bourbons. Collectors love collecting the items associated with their passions. 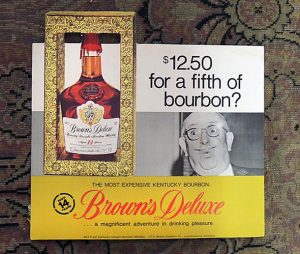 I’m not going to spend a lot of time about the Brown’s Deluxe history or its review, but I’ll tell you that it’s part of the fabled company, Brown-Forman. Can you imagine buying a fifth of good bourbon for $12.50? Ahhh, those were the days my friends.

This piece, called a stand or stand up, dates to the 1960s early 1970s. It would have been displayed on the shelf where this bourbon was featured or on the sales counter.

Now, as you know, these things were not meant to be saved, let alone collected. Many of them wound up tossed or burned up in the trash pile.

Of course they would be ideal to sell on eBay, especially since they are basically flat and

super easy to ship. I think this would sell online for about $30. More rare or popular brands could bring far more. I can name many bourbon collectors who would love this. Good job in

saving these and sharing them with us.

Looking Back; The Slaughter family