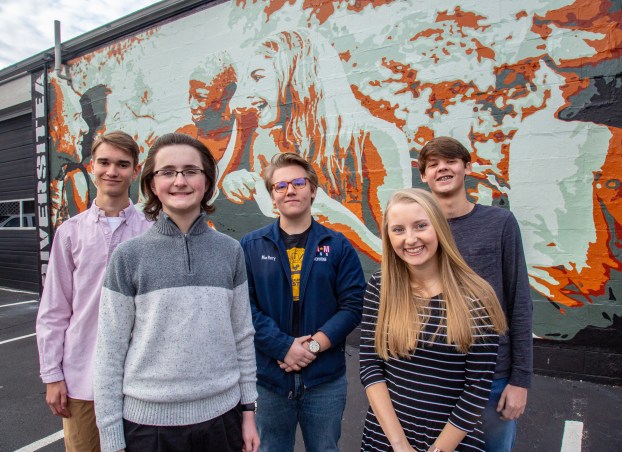 First ever student exchange with Danville’s sister city this summer

The students selected for the exchange are:

All five are involved in local arts scenes, whether it’s through art, theater or music.

Harris said he plans to take his Carrickfergus counterpart to one or more community theater shows once he’s back in Danville — he’s done a good amount of acting at Ragged Edge Community Theater in Mercer County.

Other potential sights the local students will show their Carrickfergus friends include Pioneer Playhouse, Constitution Square Park, Wilderness Trail Distillery and Burke’s Bakery. They’ll also be getting out into the larger central Kentucky region, as well, but the focus will be largely on Danville/Boyle County sights and scenes.

The five students will be accompanied to Carrickfergus by West T. Hill Community Theatre Executive Director Karen Logue, according to a news release from the Danville Sister Cities Commission.

The students are expected to visit Carrickfergus’ 1177 Norman Castle, the Titanic Museum in Belfast, and the Giant’s Causeway, a geographic wonder featuring basalt columns on the northern coast of the country, according to the release.

The SCC said the five students were chosen for the first exchange “because of their varied activities, strong interest in Ireland and ability to represent Danville well as ambassadors.

“The Sister City Commission plans to expand this exchange in future summers.”

Danville’s relationship with Carrickfergus has led to numerous visits and cultural events over the years, including a theater camp taught here by Carrickfergus actors; artist exchanges and visits from each local government’s dignitaries.

“In the fall, Danville was awarded the Sister Cities International 2019 Innovation Award for Arts and Culture for a city with a population of less than 25,000,” according to the SCC release. “The award was open to over 500 sister city programs nationwide (and it) singled out a program for promoting peace through mutual respect, understanding and cooperation. The international judges were particularly impressed by the ‘Diversitea’ mural created by the Irish muralist Dee Craig on the Elmwood Inn Fine Teas building.”

The Danville Sister Cities Commission is comprised of 12 commissioners appointed by the Danville City Council. Its work is supported primarily by annual contributions from local sponsors ($50) and Benefactors ($100). Supporters receive discounts on local Irish events, such as the upcoming performance of “The Chieftains” at the Norton Center on Feb. 15. In the past few years, Sister Cities has sponsored three trips to Ireland and will offer supporters a fourth trip in late May and early June.

The Danville-Boyle County Parks and Recreation Department and the Convention and Visitors Bureau are forging a marketing relationship that’s designed... read more