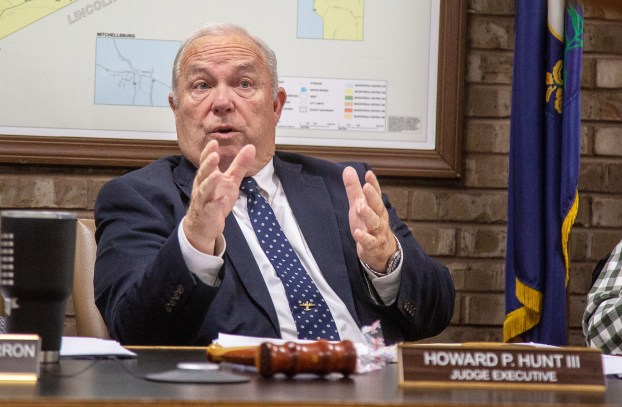 The Boyle County Conservation District is scrambling to help find an affordable solution for local farmers who need to dispose of their dead cattle, horses, hogs and goats.

Up until Jan. 31, The Boyle County Conservation District paid Bluegrass Recycling and Animal Removal from Winchester to pick up carcasses in the county. It was a free service for the farmers, said BCCD board chair Allen Goggin.

However, in mid-December, the District was notified that Bluegrass Recycling was going out of business, and as of Feb. 1 it would no longer pick up dead livestock in Boyle — or any of the other 16 counties it had served, Goggin said.

“This is a problem,” Goggin said of the closure.

If you live in the city, disposal of dead livestock isn’t a problem to be concerned with.

But if a farmer goes out one morning and finds four dead feeder calves or a couple of dead hogs, those carcasses must be disposed of quickly.

Goggin said the Conservation District is searching “for another company to take it (contract) at a reasonable price.”

The district is also trying to work out a solution with Boyle County magistrates and Judge-Executive Howard Hunt, he said. Maybe county officials can even find a location where carcasses can be composted here.

“We’re working on it,” Goggin said.

Hunt said the county is “aggressively trying to come up with a best solution to address the problem of large animal removal.” He said options could be a county-wide composting location, or even potentially incineration of the carcasses.

Magistrates are also going to be talking with University of Kentucky scientists to learn the best procedures and practices of composting carcasses. They’re also planning visit Franklin County and learn from  its dead animal composting area.

Farmers can also compost their own dead animals, he said, by covering them with sawdust or wood chips. The animal should be gone in about nine weeks, he added.

Woodrum said he has put in a bid for Boyle’s dead animal pickup service, something he’s already been doing in Casey County for about 10 years.

“I know how important this service was,” Woodrum said.

Woodrum said he wants to provide an option for farmers until the county finds a solution.

At a fiscal court meeting earlier this month, Hunt said the problem is “being actively and aggressively addressed” because officials understand how well-used the dead animal removal service was.

“It was a total of 2,200 — just short of that” handled by Bluegrass Recycling last year, Hunt said, pulling from Goggin’s statistics. “That’s a bunch of dead animals, y’all.”

Hunt said Bluegrass Recycling had been disposing of animals for $23 a head; without the company in the marketplace anymore, other prices being thrown around look more like $95 a head.

“It’s cost prohibitive is what it is,” Hunt said.