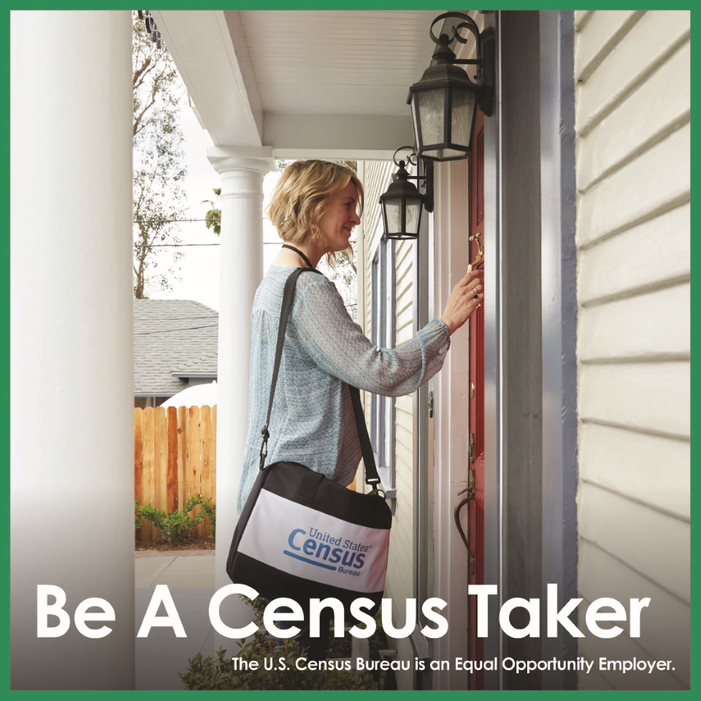 Boyle County residents will have some help applying to be U.S. Census workers at the library tomorrow.

The federal government wants to get at least 206 people in Boyle to apply for temporary Census jobs this summer, said Brittany Nichols, a recruiting assistant for the U.S. Census Bureau. As of earlier this week, 152 had applied.

The Boyle County Public Library is hosting a 2020 Census application session on Thursday, from 10 a.m. to 3 p.m., when people interested in working for the Census can stop by, create their profile and fill out an application.

The Census jobs will pay $16 an hour in Boyle County, and workers will also receive 58 cents per mile driven, which is non-taxable income, Nichols said.

Pay from the Census doesn’t count toward income limits for SNAP (Supplemental Nutrition Assistance Program) benefits, Nichols noted, thanks to a waiver from Kentucky. That means people can get a job without worrying it will cost them their benefits.

Hours for the jobs are flexible; each worker can work as much or as little as they want, up to a maximum of eight hours a day and 40 hours a week. Nichols said there have been people with full-time jobs who pick up a Census job over the summer and work evenings and weekends — preferred times to work because more people are home — to make some extra income.

To qualify, an applicant must be 18 years of age or older, be a U.S. citizen and have a reliable means of transportation. No GED or high-school diploma is required. Veterans can bring DD-214 forms with them, which can help them receive veteran preference points and be bumped to the front of the line for jobs, Nichols said. People who have previously worked for the Census will also be given priority.

Each applicant will need to fill out a six-page “assessment” and if they are interested in a supervisory position, an additional two-page assessment, Nichols said.

Nichols said 206 applications just in Boyle County may sound like a lot, but the Census really will probably hire close to that many. This is the first year the Census is not mailing full forms out; instead, households will be receiving postcards around mid-March asking them to go online to fill out the Census questionnaire.

Leslie Rodgers, a partnership specialist with the Census, said the Census likes to hire as many local people as possible for these jobs, because they know their communities — they can get around easily and know where people live and who they are, making front-door visits easier.

The Census will likely begin calling applicants some time in March for phone interviews, Nichols said. According to a timeline provided by Rodgers, people will be given until the end of April to submit their answers, then Census workers will begin visiting homes that haven’t submitted, asking the residents to participate.

That work will continue through July, Nichols said.

“We have got to get this completed by July 31st, because that will be when work ends,” she said.

The jobs are temporary and there’s no direct connection from them into full-time work. But Nichols said having experience working for the Census would likely be of benefit to anyone applying for any open full-time positions at the U.S. Census office in Lexington. And the work can really provide a résumé boost for a wide variety of other jobs, she added.

“Once this kind of ends, it’s done with,” she said. “But I always tell people, obviously, a federal government position is going to look good to any employer.”

Census Recruiting Assistant Brittany Nichols warned to be wary of scammers trying to mask their scams by pretending to be with the U.S. Census. The first contact people should expect from the 2020 Census is a postcard, which will be mailed out in mid-March, no earlier than March 12.

The postcards will ask people to visit Census2020.gov — the official 2020 U.S. Census website — to fill out their questionnaire.

“If they’re getting anything before that, it’s not going to be legitimate,” Nichols said.

People can already visit Census2020.gov now to see what the 2020 questionnaire looks like.

Danville Admirals newest anchor is a real one, surplused…