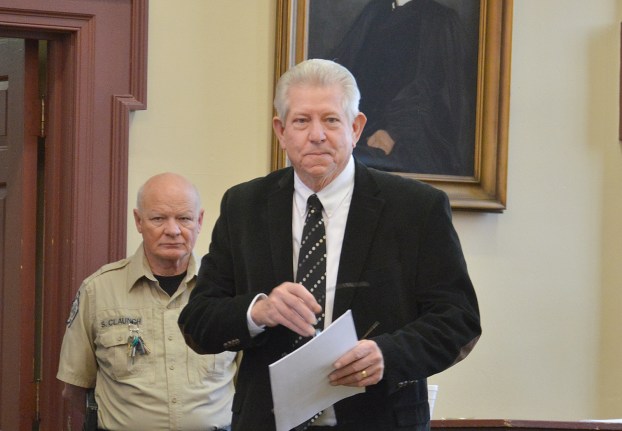 He was sentenced to five years with five years probation. The conditions of his probation were not yet available at press time.

Duffy originally pleaded not guilty, but changed his plea to guilty when he appeared before Circuit Judge Darren Peckler on Nov. 21.

At that time, Commonwealth’s Attorney Richard Bottoms asked the court for Duffy to be sentenced to five years in prison on each count, to be served concurrently for a total of five years, but didn’t object if the judge chose to give him probation.

“This is something our victim agreed to,” Bottoms said.

The victim, Jodie Adkins, is a 1985 Danville High School graduate who has commented publicly about the case.

“Regarding Mr. Duffy, transformation and good can come from, especially, the darkest places,” Adkins wrote in an email to The Advocate-Messenger following Duffy’s sentencing. “I hope he finds a way to let that happen.”

She added, “I’m very grateful that Kentucky has no statute of limitations on felonies. For me, the damage caused by the abuse had progressive and complicated effects that took decades to process before I was ready to report it and be able to see it through.

“I’m also very grateful to Mr. Bottom’s office and the Danville Police Department’s Detective Peel who made this process as painless as possible and treated me with the utmost respect. Mr. Bottoms spent months patiently and thoroughly answering my questions about the process and implications even before I decided to report it.”

Duffy was the head DHS football coach for eight years and served as athletic director for the school system. He also taught American History, typing, business math and introduction to business.

During his career at DHS, Duffy led the Admirals to state championships in 1984 and 1987. He had also been named All-Area Coach for several years and was the Courier-Journal’s Coach of the Year.

Duffy left Danville in 1988 and took the head coaching position at Fort Thomas Highlands; he retired from that school in 1993.

Assistance applying available at Library Thursday Boyle County residents will have some help applying to be U.S. Census workers at... read more