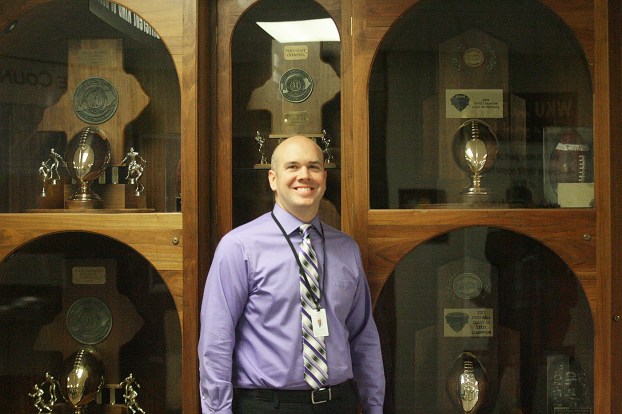 Wynn for the Rebels

Kyle Wynn has had a lot to keep him busy in his sixth year as Boyle County High School’s athletic director.

This summer, he had to fill vacancies for both the boys and girls basketball head coaching positions, after Steve Adams and Greg Edwards stepped down. Track coach Brent Wagner retired from his position after leading the Rebels to a state championship.

In the winter, head boys soccer coach Cris McMann called it a career to focus on teaching full time for his remaining two years. And then, head football coach Chuck Smith and offensive coordinator Chris Pardue both stepped down after Boyle finished as the state runners up.

That’s a lot of vacancies to fill.

“I don’t think anybody had a bad reason,” Wynn said about the string of departures. “It’s hard to argue with retirement when a coach feels it’s his time to go. And when they retire from coaching but are going to still be teaching — they’ve got that passion where they really love teaching and want to focus on that for their final years. That’s commendable.”

Wynn acknowledges that the group of coaches he’s had at Boyle County are the key to the school’s success across the board athletically. And he — along with Boyle County principal Mark Wade — have the primary goal of keeping that success going with new hires.

“We want to get the best candidate we can for the job and for our kids,” he said. “It’s a big job — the ones who retired over the last year have done a lot for Boyle County and a lot for our community. That’s something Mark and I have taken a lot of pride in as far trying to sustain that. We want to keep the foundation that’s been laid by the previous coaches and then build on that.”

He’s already filled most of those coaching positions. Dennie Webb was promoted from boys assistant coach to head coach. Ryan Wiersma — who was a teacher at Boyle already — was named the girls basketball coach. Justin Haddix was hired as the football coach and Christina Rivera is now the track coach. Only the boys soccer vacancy remains.

Speaking about Webb and Wiersma, Wynn said it was nice to have qualified candidates for the jobs already working in the district. 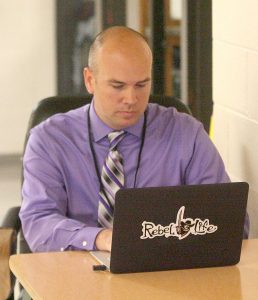 “Boyle County has had success academically and athletically. If we bring in somebody outside as a coach, we want them to be a qualified teacher as well — be the total package,” he said. “Usually, that can happen because that person is a good teacher and there’s a lot of similarities between coaching and teaching. So when you already have that person first, you see some good things where you know they’ll carry it over to the athletic field.”

The biggest splash hire was bringing in Haddix from Corbin to take over for legendary coach Chuck Smith. Wynn said that he felt bad when people would ask him about his progress on the search because he couldn’t discuss specifics.

“Even my family members,” he laughed. “That was tough. With any hiring, people will sometimes feel like you’re pushing them away and not wanting to discuss it for personal reasons. But everything has to be confidential until the announcement’s made.”

Still, he said he doesn’t want people to think that he’s unapproachable in these hunts and always appreciates hearing community members thoughts and input.

Boyle County athletics has been a powerhouse in the region for years thanks in large part to its stability at the coaching positions. Only time will tell if Wynn and Wade have made the right calls on the replacements they’ve brought in.