Boyle County falls to Daviess in second round 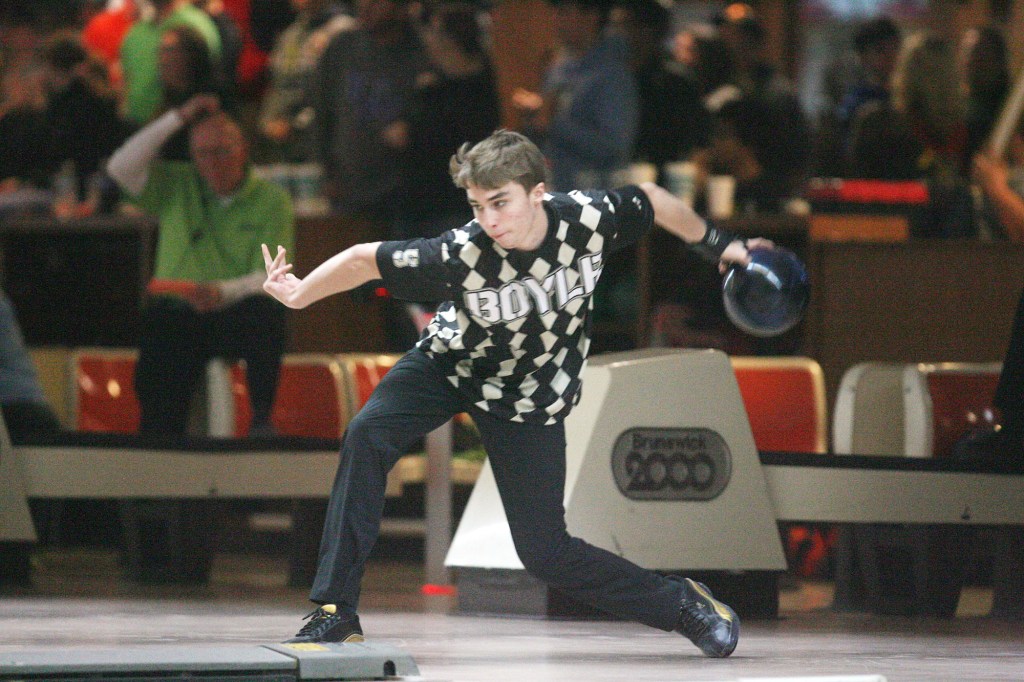 LOUISVILLE — It wasn’t the result Boyle County bowling coach Zach Cooley wanted in the state tournament, but he looking back on the season, he can’t say he’s disappointed.

“Am I frustrated and upset, sure. But when you sit back and look at things, I’m proud,” he said after the Rebels fell to Daviess County in the second round of the KHSAA state tournament. “We have kids who work hard and give it their all and that’s all you can ask of them. Sometimes it goes your way and sometimes it doesn’t. This is a tough setting. You bowl all year — starting back in October — and it comes down to one day, one tournament.”

It started in the qualifying games. Boyle County entered the day as one of the top teams in the state based on their regional score, but shot a combined 1070 in qualifiers to land as the eighth seed.

“In the qualifier we did not bowl well at all,” Cooley said. “That’s probably the worst performance we’ve had all year long in that type of setting — a qualifying game. It put us in a hard spot.”

It meant that they had to take on ninth seeded Bourbon County in the first round of the tournament. The Colonels boasted the state’s individual champion in Wesley Yazell.

It looked like the Rebels might be heading back home early as they dropped the first two games to Bourbon. But Boyle was bowling well. Their scores of 204 and 213 were better than every team in the tournament except for their opponent’s.

Their fortune changed as they rattled off wins in the next three games to advance to the second round.

“We were down 0-2 and it’s not like we were putting bad games together,” Cooley said. “We had games — looking around at the other scores — we’d have been up 2-0 on 13-14 other teams in here. But we fought back and looking back I think it might’ve taken a lot of wind out of us.

“I told coach (Jed) Roth — our assistant coach there — it would either work one way or the other for us. In the beginning I think it worked for us, but there at the end I don’t think we had what we had before. It was gone.”

And they would need everything they had in the second round as they faced Daviess County — one of the other top teams coming into the weekend.

“If you asked anybody coming into this who a favorite would be to win it, I think our name would come up a lot, but Daviess County would come up a lot too,” Cooley said. “I knew they would be there and if we kept bowling, we’d eventually face them. Obviously you don’t want to face them in the second round — they’re a great team. But we are too. We had so many chances to get that game three and go up 2-1 which would’ve been huge. It was just tough.”

The Panthers jumped on Boyle in the first game, winning 233-152, but the Rebels came back to even it up in the second by a score of 234-175. But failing to capitalize on openings in game three cost them a 192-186 loss and Daviess hit strikes on its final three balls to take a 200-180 win to advance to the semifinals.

Still, while not the finish he hoped, Cooley can’t call this season anything but an achievement.

“We battled hard this year, we did. We’ve got some young kids,” he said. “We only have one senior and I’m proud of him. He’s been here for six years and he’s done a lot for us. We’ve had some kids step up and fill some big roles because we graduated a lot last year.”