Boyle puts it all together against Danville 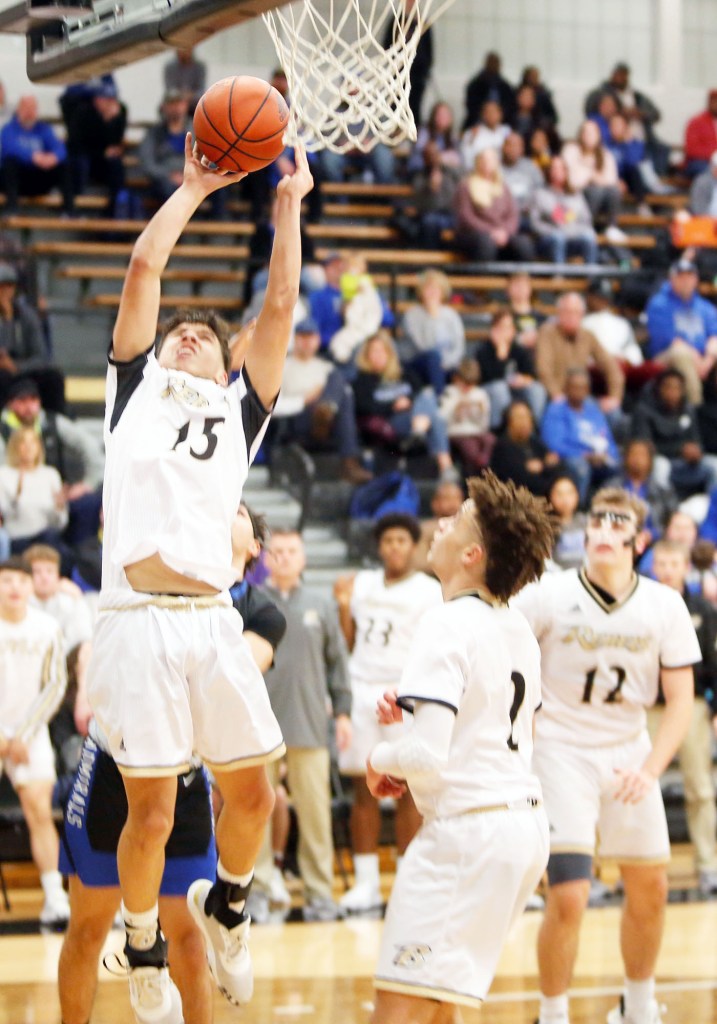 The key to the Boyle County boys’ first win over Danville in two seasons wasn’t drawn up on any whiteboard.

Instead, it was cultivated in a couple of days of what Boyle coach Dennie Webb called “spirited” practices and refined in the Rebels’ response to their coach’s challenge to take the fight to their opponent for all four quarters.

Boyle did just that Friday night, outworking and outlasting Danville in a 64-53 victory that ended the Rebels’ four-game losing streak to their crosstown rivals.

“They played their tails off, that’s all there was to it. There were no X’s and O’s to it,” Boyle coach Dennie Webb said. “We’ve talked about it for a couple days: It’s just about competing for four quarters. We’ve went through a stretch here where we play really well and do a lot of good things for three, three and a half quarters, and then for some reason the wheels fall off. So we put a lot of emphasis on that and we were pretty hard on them the last couple days, and they responded.”

The result was one of Boyle’s biggest wins of the season, one that Webb hopes they will learn from over the final two weeks of the regular season.

“It was all them,” Webb said. “Hopefully they’ll see that that type of effort for four quarters is what it takes to win games like that.”

Boyle matched and even exceeded Danville’s level of physical play, excelling in an area where the Admirals often have the advantage.

“We’ve done that some to some teams, but tonight they were just a lot more physical than we were. You’ve got to give them some credit there,” Danville coach Ed McKinney said. “They just got after us, and we didn’t respond well, so we can learn from that.”

Boyle’s physical edge was evident on the offensive glass. The Rebels had 17 offensive rebounds, four more than the Admirals got on their end.

“We lost the game at Lincoln (County last week) due to rebounding … and the other night at West Jessamine kind of the same thing. Rebounding is all about effort, and I hope that we’re learning,” Webb said.

Freshman Owen Barnes made a splash in a spot start for Boyle by grabbing six offensive rebounds in the second half – he had seven in all – and getting putback baskets on four of them.

“The kid rebounds the ball like no other. You saw that in the second half,” Webb said. “You’re talking about a freshman, and it’s a big game and a big stage, and it took him a (while) to get into it. He was one of them that I challenged at halftime, and he stepped up. … He was a difference-maker on the boards.”

Boyle outrebounded Danville 38-32, getting 11 boards from Luke Imfeld, eight from Barnes and six from Luke Sheperson. Those three players also led the Rebels in scoring, with Sheperson getting a game-high 18 points followed by Imfeld with 17 and Barnes with 10.

Danville got 17 points from Trey Dawson, 15 points from Dante Hayden and 11 points and a game-high 14 rebounds from Darrian Bell, who had nine offensive boards.

Hayden scored 10 points and Dawson had the other four in a 14-0 run that gave the Admirals a 29-21 lead midway through the second quarter. Boyle was back within three points by halftime, however. The lead then changed hands nine times in the third quarter, the last when Imfeld buried a deep 3-pointer to give the Rebels a 45-43 edge in the closing seconds of the period.

“We’ve got a problem when we get leads, and we’ve done this all year. … We just lose intensity,” McKinney said.

Danville has one district game remaining Friday at Lincoln County. The Admirals can still clinch the No. 1 seed for the district tournament with a win; a loss would leave Danville and Boyle tied for second place.

Senior Spotlight: Readnour proud of her achievements, ready for…