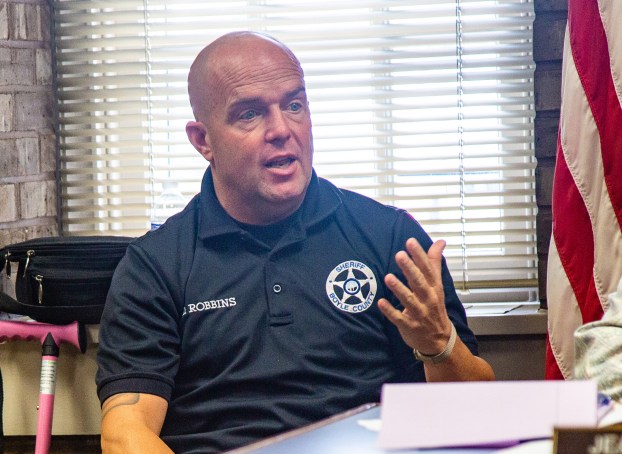 Boyle County Sheriff Derek Robbins received a positive result in the recent audit of his office, with no reported issues.

The Boyle County Sheriff’s annual budget is taking an estimated $20,000 hit from a recent change in state law that made it legal to carry a concealed weapon in Kentucky without any training or permit.

Sheriff Derek Robbins said Boyle County is fortunate enough to have a large population and diverse revenue streams, but every sheriff’s office across the state is likely losing significant chunks of what had been dependable income thanks to the change.

Robbins said it’s making things tougher financially for the law enforcement agencies — at a time when finances have already been under pressure for years from skyrocketing demand for deputies and a lack of revenue growth to match the new workload.

Fees charged for providing concealed carry permits used to bring in around $25,000 a year for the Boyle sheriff, Robbins said. The permits cost $60 — $40 of which goes to Kentucky State Police and $20 of which stays with the local sheriff’s office. That means the Boyle sheriff’s office was helping process around 1,250 concealed carry permits every year.

In 2019, revenue from the permits dropped to less than $14,000. That’s because Kentucky legislators passed a new law removing the requirement for a permit to carry a concealed weapon. The law went into effect halfway through the year, Robbins explained.

In 2020, he’s projecting just $5,000 in revenue from the permits, which he said will mostly be people renewing their existing permits — his office sees almost no applications for new permits these days.

There are still good reasons to get a concealed carry permit, even if they’re not required anymore, Robbins said. For example, if someone travels across state lines with a concealed weapon, they may need to have a permit to avoid getting in legal trouble.

“If you get caught in another state and you don’t have that Kentucky concealed carry permit, you could get charged with carrying a concealed deadly weapon,” he explained.

The process of getting your concealed carry, which involves a background check by KSP, also includes a small amount of required training that helps ensure you know how to safely carry a concealed weapon so it doesn’t go off accidentally, and how to store weapons safely so children can’t get ahold of them, Robbins said.

On top of that, Robbins said “it’s always good to have (your permit) because if they ever repealed” the law that made the permits optional, “you already have it. Don’t let it expire, continue to get it renewed because if they did repeal it, it’s just a process you’re going to have to go through.”

Changing the law back is something Robbins said he is in favor of. Several Boyle County elected officials also voiced support for requiring concealed carry permits again during a meeting in January.

“That was a bad move,” Magistrate Phil Sammons said of the legislative change.

“I tend to agree with you, yes,” Magistrate Tom Ellis said.

“I hope it (the change in the law) gets rescinded,” Boyle County Judge-Executive Howard Hunt said.

Ellis also pointed out there is no training requirement currently for anyone wishing to carry a concealed deadly weapon.

Sammons said because the change must be affecting sheriffs’ budgets across the state, he thinks it would make a good subject for the Kentucky Association of Counties to take up with legislators this year. He asked his fellow magistrates to talk to KACo’s lobbyist and push for the association to make changing the law a priority.

“Help me out with that and I’ll really push to have that rescinded,” Sammons said.

Robbins said the loss of revenue for his office is tough in part because call volumes remain far higher than they used to be, and income for his office has not kept pace with the increased demand.

“You’re just going from call to call to call to call,” he said. “… If we weren’t supplemented by some of the fiscal court’s budget, then we wouldn’t operate. You try to find a balance of what you’re capable of doing, to what you’ve got, and what the public’s expectations are.”

Robbins said his office does usually gain some revenue each year as property values rise — because the sheriff’s office gets a small percentage of the property taxes it collects for most taxing agencies in the county. But this year, he’s not going to be able to give any raises to his deputies, and the office is scaling back on things like K9 expenses and uniform allowances.

“I was hoping we could migrate them over (to be paid for by the sheriff),” she said. “But after going through it, there’s just no way that could happen” this year. 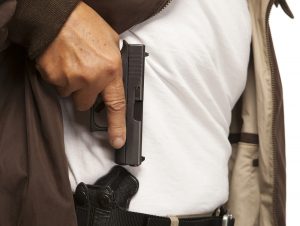 Robbins said he’s aware some people are concerned about privacy when it comes to concealed carry permits. He emphasized that his office keeps no records of who has obtained a permit — in fact, documentation provided to his office during the application process is shredded after the permit is handed out.

“If people are worried that we’re trying to keep up with this many people in Boyle County have concealed carries and this guy has this many guns — I could care less,” Robbins said. “We shred any documentation that we get. We don’t have any record — I don’t know who has concealed carry and who doesn’t.”

Robbins said he also isn’t opposed to people carrying concealed weapons; but he does see the value in having training to make sure they are carrying them safely.

“I’m all for good guys having guns — that’s for sure.”

Editor’s note: This is the first of a series on goals and objectives city leaders met to discuss during the... read more