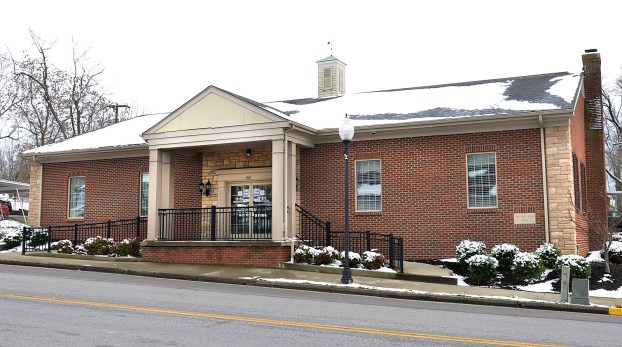 The former Perryville branch building for Monticello Banking Company has been gifted to the City of Perryville, which will use it as the new city hall facility. (Photo by Robin Hart)

The city of Perryville has accepted an unusual gift — a new city hall building from Monticello Banking Company.

The branch office on U.S. 150 in the downtown area of Perryville closed in the fall. But for about six months, attorneys have been working out the details to gift the building to the city, said Mayor Brian Caldwell during the city council’s regular meeting Thursday night.

He said people may have already heard that a deal was being hashed out, but now it’s official. 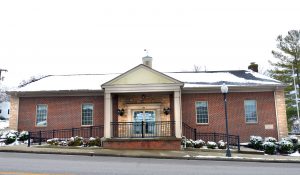 The former Perryville branch building for Monticello Banking Company has been gifted to the City of Perryville, which will use it as the new city hall facility. (Photo by Robin Hart)

City attorney Justin Johnson told the council the contract is essentially a 10-year lease with an option to buy. However, the city will not pay rent and at the end of 10 years, MBC will sign the deed over to Perryville with no money changing hands.

After the meeting, Caldwell said “We’re very grateful,” to receive such a generous and useful gift. The building was completely remodeled about three years ago, he said. 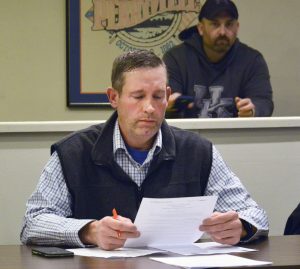 Perryville Mayor Brian Caldwell looks over the paperwork involving Monticello Banking Company’s offer to give its branch building on U.S. 150 to the city. (Photo by Robin Hart)

The plans are for city hall to move its offices from the building it shares with the Perryville Fire Department. And the police department will move from Perryville Community Center into city hall as well. The vault will be a great place for the police to store evidence, Caldwell said.

Plus the parking and accessibility will be much better for Perryville residents who visit city hall on business, he added.

After the city moves its offices to the new building, Fire Chief Anthony Young said the fire department will be able to stretch out into the vacant space.

“We’re crammed into our little office” where required firefighter training takes place. Currently, a desk and chairs have to be moved around, he said, to make room for training.

The additional space will allow the fire department to have an office area and a training area, making it feel more like a real station, he said.

“We’re super, super excited. This is good for the city,” Young said. “It’s a nice building for city hall, and it helps the fire department.”

In other business, the Perryville Council:

The Boyle County Sheriff’s annual budget is taking an estimated $20,000 hit from a recent change in state law that... read more