Brass Band Festival will have new director in August

The Great American Brass Band Festival will have a new executive director after this year’s festival concludes. 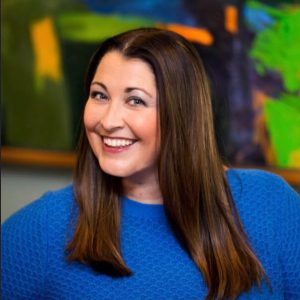 Missy Angolia has joined the festival as assistant director and will become the executive director on Aug. 1. Current Executive Director Bill Bandy, announced his retirement in late January, but will remain in his role through the 2020 Festival and until July 31. At that time, he will join the Board of Directors, and Angolia will become executive director.

“I am excited to join the Brass Band Festival, and hope to continue its history of excellence and commitment to bringing world-class brass music and fun, family-friendly events to Danville and the surrounding areas,” Angolia said.

She is no stranger to the Great American Brass Band Festival. While working as the Heart of Danville Main Street Program’s event coordinator from 2011 to 2015, she helped create and implement the popular Friday night street party, Bayou and Brass. She was also the alcohol manager for the 2018 festival.

Angolia has worked very closely with several GABBF board members and key volunteers in the past.

“I have great relationships with so many of the crucial folks that make this festival happen, so I know we will be able to work together to ensure a seamless transition,” she said.

Bandy’s time as executive director has been a highlight of his return home to Danville two years ago.

“I felt it was important to have a seamless succession plan in place to ensure the festival was going to have strong leadership before I retired,” Bandy said. “Missy has shown over the last several months that she will be a very capable leader for the festival in the future.”

Bandy also noted that his retirement will be a busy one, allowing him and his wife the freedom to travel more often to visit family in Seattle, perform with his band PowerPlay, and transition to the festival board.

Speaking on behalf of the Board of Directors, Chairman Patrick McClure said, “I really want to thank Bill for his service and withstanding some real challenges with the weather last year. I am also thrilled to welcome Missy to the team officially; but truth told, she has been a tireless contributor for a long time. I’m sure they will make this transition an easy one for me, the board, and the festival as a whole.”

Angolia, formerly Rogers, was born and raised in Danville and is a graduate of Boyle County High School. She has her bachelor’s in English from Bellarmine University.