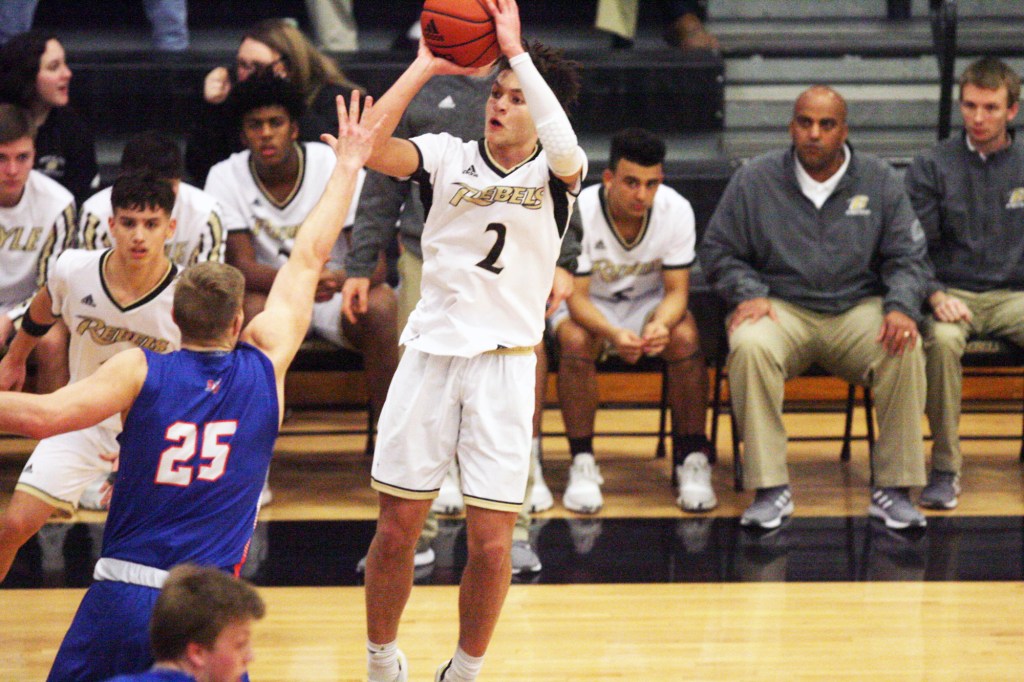 Tuesday night’s 76-74 overtime loss to Southwestern was a microcosm of what has been plaguing the Boyle County basketball team all season long — not putting it together for a full game.

Coming off an emotional win over crosstown rival Danville where the Rebels did play four quarters, they were back to their bad habits on Tuesday.

“If you don’t bring a good fight for four quarters, this is the result you get,” Boyle coach Dennie Webb said. “You get a game where you have to scrap to get back into it. Then you let late game decision making or late game calls determine what happens.”

Heading into the locker room at halftime, the Rebels trailed Southwestern 36-26. By the third quarter, it was 52-40. The crowd’s energy wasn’t there and it felt like it was a game that was out of Boyle’s grasp.

But the Rebels slowly built up momentum in the fourth. The student section gradually got back into the game as they realized the home team was coming back. Senior Grant Hotchkiss, freshman Owen Barnes made big plays to get the Rebels back into it and sophomore Luke Imfeld made a pair of big buckets to tie the game at 60 and at 62.

“He’s our go-to guy when we need buckets,” Webb said about Imfeld, who led the team with 29 points. “That’s something that we didn’t do there late — that’s my fault — we didn’t get to him late when we needed to. We didn’t get the shots we needed — maybe it was him that needed to take those. Regardless, he played well and kept us alive with some buckets late.”

By the time overtime started with a Barnes converted and-1, it felt like this was the Rebels’ game. But some calls went against them, Barnes picked up his final foul and then got a technical on his way to the sideline and the Warriors got rolling again.

And while it’s easy to point to some of the moments late in the game when it’s close as turning points, Webb still goes back to the first half.

“You can’t expect to play two quarters and get a win,” he said. “It’s on us — the first half we didn’t come out and compete like we know we’re supposed to. Until we figure that out, this is the roller coaster we’re going to ride. I keep telling them, but until they figure it out, that’s who we’re going to be.”

That consistency for a whole game has been a sticking point for Webb all year during his first season as the head coach of the Rebels. And while he admits that there’s a learning curve in his first year, he also knows that time is running out for his team.

“We’re still learning but we’re running out of time to figure this out,”he said. “We’re doing some nice things here and there, we’ve just got to figure it out for four quarters. If we don’t figure it out before this ends, it’s going to end a lot sooner than we’d like.”

Boyle has a quick turnaround. They’ll be in the gym practicing on Wednesday, before traveling to Casey County on Thursday night at 7:30 p.m.