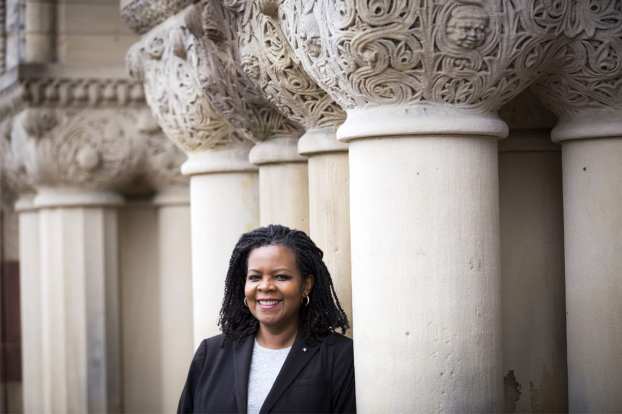 Pulitzer Prize-winning historian Annette Gordon-Reed will give the 15th Press Distinguished Lecture at Centre College on Thursday, Feb. 13. It begins at 7 p.m. in Weisiger Theater and is free and open to the public.

Her topic is “Talking About the Past.”

As she has pointed out, we ask different questions today than scholars did in the past, and thus we often get different answers.

Her first book, Thomas Jefferson and Sally Hemings: An American Controversy (1997), used meticulously compiled evidence to assert that Thomas Jefferson had had a longstanding relationship with his slave, Sally Hemings, and was the likely father of her six children. Twenty-one years after her groundbreaking book was published, the Thomas Jefferson Foundation, which owns Monticello, publicly acknowledged her argument when it restored a room at Monticello where Hemings likely lived.

Gordon-Reed’s 2008 book, The Hemingses of Monticello: An American Family, won both a National Book Award for nonfiction and a Pulitzer Prize in history. She has won a total of 16 book prizes, as well as a Guggenheim Fellowship, a MacArthur Fellowship (the “Genius Grant”), and the National Humanities Medal.

A native of Texas, Gordon-Reed became interested in Thomas Jefferson as a student in elementary school. She graduated from Dartmouth College in 1981 and Harvard Law School in 1984, where she was a member of the Harvard Law Review.

County-wide alcohol sales could be on Boyle’s ballot

County clerk: Petition circulating would need 2,621 signatures and judge-exec’s OK Boyle County residents may get to vote on whether... read more