Rebels cut up on the rec league court 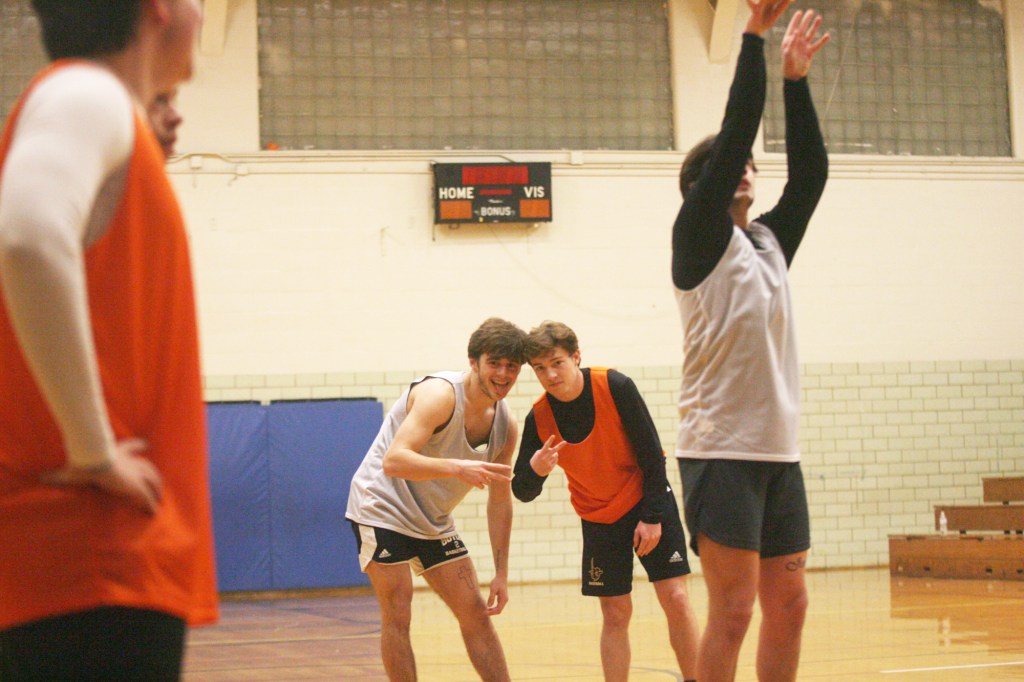 In the fall, every Friday is a hyper competitive atmosphere for the Boyle County football team. Every week of practice is hard fought. Every play matters.

In the winter, in a middle school gymnasium, those same athletes are still just as competitive, if not quite as serious, in their rec league.

“With football — you take it serious,” Boyle senior quarterback Reed Lanter said after his team lost to a team comprised of several other Rebel football players. “With this, it’s good to come out and compete but you don’t have to put as much work into it. It’s just fun.”

“It’s fun coming out here and cutting up with everyone that plays football. We’re all friends and we’re not taking it as seriously,” Reed’s brother and teammate Cole added. “On the football field — yeah, we’ll still cut up and have fun, but at the end of the day, it’s business and we’re out there to win. With rec league, we’re out here laughing and shooting from NBA range and doing whatever we want.”

And there was a lot of pull-up, long range threes that mostly didn’t connect.

“We’re becoming like the NBA. The game’s been reinvented,” senior Cam Yates joked. “A three’s worth more than a two, clearly.”

The game is a sight to behold. From soon to be Middle Tennessee State lineman WIlson Kelly going coast-to-coast for a layup, to the wide receiver Cole Lanter attempting to post up linebacker Ezarious Roller. To all of the transition threes.

But mostly, it’s about the fun.

“It’s so much fun. With actual high school sports, it’s so serious. You’re always on the go,” receiver Gray Rahbany said. “It’s always go time. With this — of course everyone’s taking it a little bit serious — but it’s not so serious that we’re mad at each other after or during the game. It’s just a good experience for everyone to just come through, have fun and get buckets.”

And there’s a lot of trash talking going on.

Even the coaches get in on it. After the game, Reed and Cole’s dad, Tim Lanter, came by to reassure everyone — with a huge smile — that he had the perfect game plan and it was his team that let him down while the players jokingly called him Coach Cal.

But that family aspect, for Reed, is just as important as going against his teammates.

“My dad’s never been my coach in anything,” he said. “He’s always been more hands off and let other people do that. So it’s cool, before I go off to college, to have him coach me.”

So from light hearted trash talking to lineman running the fast break to everyone looking a little out of shape, rec league nights are a wild time when the Boyle players are out there.