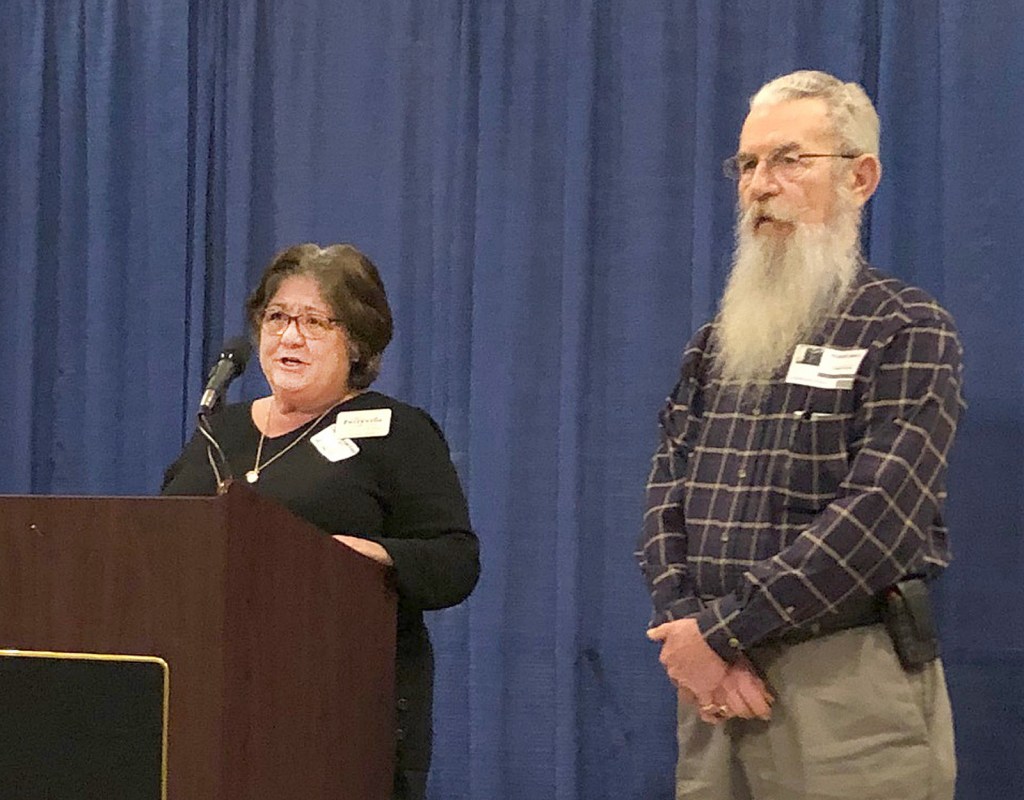 Mayes joined the Main Street Perryville program in 2009 and was named chairman in 2011 — a position he still holds today.

MSP Executive Director Vicki Goode said, “Robby works tirelessly for Main Street Perryville.” Every day from 8:30 a.m. until about noon, he’s in the office at the Johnson-Britton House coordinating restoration projects and giving tours to visitors, she said.

On Thursday, Mayes said he was surprised to be recognized by the state program. “I don’t work for rewards,” he said, adding, “I was with a distinguished bunch of people,” who were also honored at the same time.

Mayes said he loves Perryville and its history. He wanted to be a member of MSP because, “I was tired of seeing people putting their noses up against windows (on Merchants Row) trying to see what was inside.”

He said if people are interested in history and visit Perryville, he wanted to be able to give them personal tours and to be a part of its restoration projects.

“If it’s a pretty day and they just want to lollygag around town,” Mayes said he even opens up some of the buildings that have been “mothballed.”

Goode said “Robby … has always used his expertise and knowledge in his volunteer work in the Perryville Jaycees, President of Old Union Cemetery Preservation, and President of the Harmon Pipes Gray Family Association.”

He also solicits donations and sponsors for “community events, maintains historic buildings, plants flowers, restores buildings, and so much more for the community,” Goode said.

“Robby is the first person at any event and encourages people to participate any way they can for the community. He has recruited volunteers and raised thousands of dollars for the Main Street program.”

She said that Mayes is president of the Perryville Christian Church board, an Eagle Scout, U.S. Army veteran, and former insurance salesman and hardware store owner.

Mayes has also been instrumental in the restoration of Merchants Row and the revitalization of downtown, Goode said.

“Robby is an inspiration.”