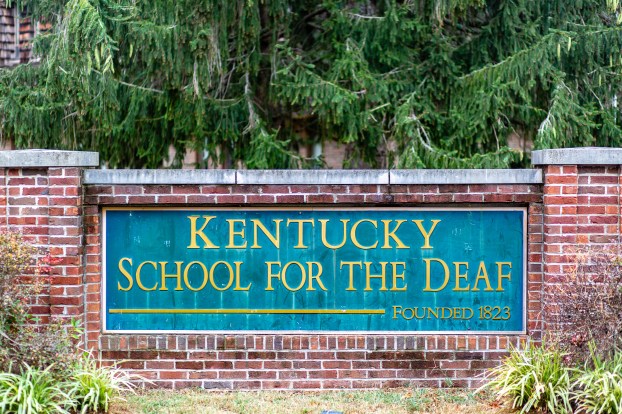 Boyle County’s state senator has proposed studying whether the Kentucky School for the Deaf could be better managed if it was run by the Danville Independent School District instead of the Kentucky Department of Education.

But Senate Joint Resolution 142, introduced by Sen. Rick Girdler (R-Somerset) and three others on Tuesday, apparently came as a surprise to KDE and caught some local Danville school officials off-guard.

“I think that Danville Schools was just unaware of the details of the resolution,” Danville Superintendent Dr. Tammy McDonald said Thursday morning. “Of course if our legislators ask us to study something, we will, but I think (the study) is best left in the hands of the Kentucky Department of Education and the Kentucky School for the Deaf staff, students and families.”

KDE Interim Commissioner Kevin Brown issued a letter to KSD teachers, staff, parents and alumni on Wednesday, informing them the resolution had been filed the day before.

“The KDE was unaware of this resolution prior to its introduction in the legislature and I want you to know that I am opposed to any study of KSD that is predetermined in outcome and that does not take into consideration the history, culture, purpose and unique needs that a dedicated and stand-alone school for the Deaf provides to the citizens of the commonwealth,” Brown’s letter reads. “We are committed to the success and long-term viability of KSD, as evidenced by the new Margaret D. Marshall Elementary School. In addition, Gov. Andy Beshear’s budget (HB 352) provides for increases in available capital funds for maintenance at KSD for the next biennium.”

Study would be done by Dec. 1

It would instruct KDE to “conduct a study exploring how the management and operation of the Kentucky School for the Deaf may be best transferred to the Danville Independent School District. The study shall include recommendations on the transferal of property and personnel, the mandates that would be required of the district to provide similar services, and the modifications that would be necessary to current statutes and regulations.”

The resolution would require the study to be completed by Dec. 1.

Girdler said the goal is for the study to be done in time for him to introduce possible legislation for the 2021 General Assembly that would affect the change in leadership “if it’s reasonable.”

‘Get some local help’ 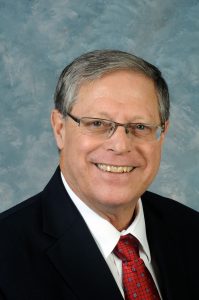 “This may just speed up the process of helping them to get some local help,” Girdler said. “… All I’m trying to do is just make it easier on the kids at KSD. That’s all I’m trying to do; they have a hard enough time in this life.”

Girdler said he’s aware KSD doesn’t have it’s own school board — instead, the Kentucky Board of Education serves as KSD’s board. If Danville Schools were instead managing KSD, then people who have complaints or issues that need to go beyond the principal would have somewhere local to go near the school, he said.

“If you have a problem and you can’t go talk to your local people,” he said. “… and you have to call the headquarters … it takes a while to get an answer.”

KSD is located in Danville, but its deaf and hard-of-hearing students come from families living across the state to receive education from teachers and staff who use American Sign Language.

Girdler said he could see a similar change to local management being made for the Kentucky School for the Blind, which is located in Louisville. Nothing in the current resolution addresses management of KSB.

“I just introduced it for the time-being,” Girdler said of the resolution. “I talked to the superintendent at Danville and I’ve talked to (Danville school board member) Paul Smiley … they’re willing to take it over or be a go-between with the Department of Education.”

But neither Smiley nor McDonald characterized the situation that way Thursday.

When he was told Girdler made it sound like he was on-board with the idea, Smiley responded, “that is not the case.”

McDonald said Thursday while the school district will be “glad to cooperate in any way needed,” she thinks “the study is best left in (KDE’s and KSD’s) hands.”

Asked about the ability of the Danville Schools to handle management of KSD, McDonald said it’s too early to comment specifically.

“I’m sure it would be a large undertaking,” she said. “We always want to support our students across the state, but I think the Kentucky Department of Education is best positioned to manage day-to-day operations for the School for the Deaf.”

Girdler said he’s “not trying to shove something down their throats.”

Girdler wondered aloud if the Danville Schools didn’t want to manage KSD, if the Boyle County School District would. “I don’t care which one,” he said.

“I was just trying to open up avenues to make it easier to have somebody to come to at a local level,” Girdler said. “If it comes out that the study says no, then it’s no.”