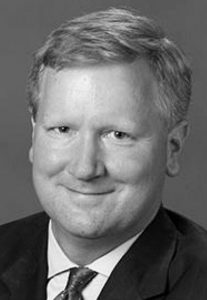 Matthew Robb Walter, 41, died Monday, February 17, 2020. He was born in Danville on August 11, 1978 to Edward H. “Bing” Walter and the late Allison Orendorf Walter. Matt was a graduate of Danville High School, Presbyterian College, and the University of Kentucky College of Law. In 2003-2004 he served as Staff Attorney for Honorable D. Bruce Petrie, Family Court Judge for the 50th Judicial Circuit and has served as a prominent and successful attorney practicing within the partnered law firm of Helton, Walter & Associates Attorneys at Law. Matt was actively involved in numerous civic and charitable activities.

His greatest and most cherished love was for his wife Audrey and his three children, Lilla, Annie Capers, Townsend, and the UK Wildcats. In addition to his mother, he was predeceased by his sister, Elizabeth Townsend Walter.

In addition to his father, Edward “Bing” Walter, he is survived by his beloved wife, Audrey Haselden Walter and his three beautiful children, Katharine Lilla Walter, Annie Capers Walter and Townsend Blalock Walter; his sister, Julia Walter; and his niece, Allie White.

Visitation will be 4 pm – 7 pm, Thursday, February 20, 2020 at Trinity Episcopal Church. The funeral service will be 1 pm, Friday, February 21, 2020 at The Presbyterian Church of Danville. In lieu of flowers, memorial donations are suggested to Wilderness Trace Child Development Center. The online guestbook is available at www.stithcares.com.