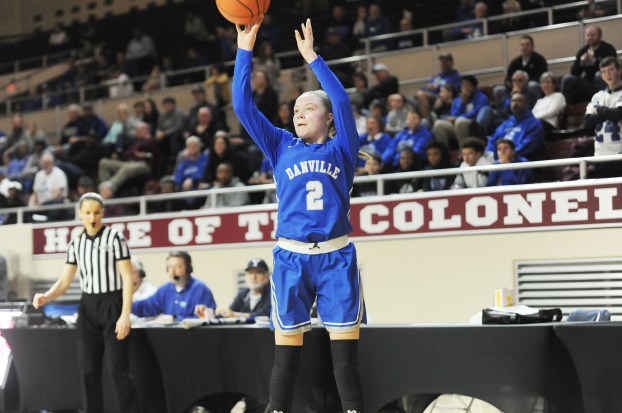 On Monday, Feb. 24, the basketball postseason officially tips off with the start of the district tournaments.

Garrard County enters the tournament with the second best record among 45th district teams, but went 2-4 against teams in the 45th and finds itself in the three seed.

Boyle County has had a tough stretch to end the year, losing 12 straight and only getting one win in the district to get the four seed.

Danville Christian Academy and Kentucky School for the Deaf round out the tournament.

Boyle County will take on DCA on Monday at 6:00 p.m. to officially begin the tournament. Danville Christian suffered a blow in the All-A Regional Tournament when star senior Alee Inmon went down with a season ending injury. But since then, they’ve gone 9-1 to close the year out.

Boyle County coach Ryan Wiersma is hoping that the energy his team showed in the fourth quarter of Tuesday’s loss to Madison Southern will translate to the district tournament.

Garrard County has accomplished a lot in coach Jimmie McCulley’s first year on the sidelines. Last year, the Golden Lions won only six games. Under McCulley, that total increased by 10 — including a huge win over the Rebels at home. If they can get two wins next week, they’ll get to the regional tournament for the first time since 2011.

Standing in their way — if they get by KSD — is Lincoln County. After losing five players to college basketball from a year ago, the Patriots took a step back this year — but still got it done against the district.

However, since Trinity Shearer went down with an ankle injury against Boyle County at the end of January, the Patriots have not won a game. Shearer returned to action in Tuesday’s loss at Franklin County, and if she is back to 100% come next week, she makes the Patriots a dangerous team.

But there’s no team more dangerous in next week’s tournament than the Admirals.

In the six games against district opponents this year, Danville won by double digits every single time. They outscored the rest of the district by an average of over 17 points per game.

After losing to Bethlehem in the All A State Tournament, coach Judie Mason said that she breaks the season into two halves — the first half is in preparation of the All-A and the second half is preparing for the district tournament.

She’ll get a chance to see if that preparation has paid off next week.

Boyle and DCA tip off on Monday at Lincoln County. Garrard and KSD will play the same time on Tuesday. Danville will take on the winner of Boyle/DCA on Wednesday with Lincoln getting the Garrard/KSD winner on Thursday. The championship will be Friday. All games are at 6:00 p.m.

When Boyle County boys soccer coach Chris McMann announced he was retiring to focus on teaching for the remaining years... read more