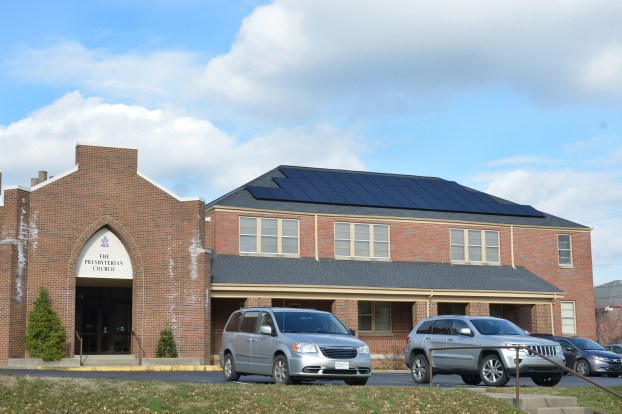 Editor’s note: This story was written as part of The Advocate-Messenger’s 2020 Progress Edition project. The newspaper’s annual magazine has the theme of “Vision for the Future” and will be inserted in the Feb. 29 edition, on Leap Day. The magazine will feature more than a dozen exclusive in-depth feature stories about the future of Boyle County, as well as amazing photography and graphics, all in an extra-large format. You can watch for additional stories like this one in the paper before and after the magazine is published.

About 236 years ago, in 1784, area residents of the Presbyterian faith were organized by David Rice into what was known as Concord Church. At that time, the town of Danville hadn’t been officially established and Kentucky was still part of Virginia.

The Concord Church congregation built a log structure in which to worship somewhere on the property where the Presbyterian Church U.S.A. of Danville is now located on West Main Street, across from Fifth Street. The sanctuary that’s now the home of Presbyterian Church was built in 1831 — three decades before the breakout of the Civil War.

Over the many years that followed, Danville grew and evolved all around the Presbyterian Church sanctuary. Commercial buildings and homes were constructed, dirt roads were paved, Centre College was organized, a hospital was established and electricity came to town.

And members have been caring for the historic brick church for all of these generations. The congregation has added structures onto the old sanctuary and made sure renovations were done when needed. 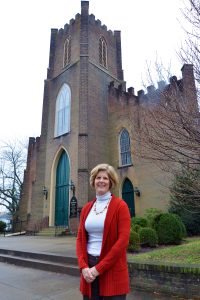 Today, the church is continuing to keep pace with the city and world around it. Due to the generous donation from an anonymous member, the church was able to install 124 solar panels on the roofs of two of its contemporary additions — the fellowship hall and assembly room, said the Rev. Caroline Kelly.

The $150,000 project was funded by an $80,000 gift and a $70,000 loan from the Presbyterian Investment and Loan Program, Kelly said, through a “Restoring Creation Loan” with a 2.75% interest rate. It’s a loan program that encourages Presbyterian churches to make changes that have a positive environmental impact.

Kelly said not only is the church able to save money on it’s electric bills — which is estimated to be about $5,000 per year — there is a theological aspect in using renewable energy.

“The Presbyterian Church has a lot of social witness policies. In the 1990s, they produced a 118-page document about caring for God’s creation” and eco-justice, Kelly said. “That’s part of who we are.”

“It’s the ongoing desire of this congregation to look for practical ways to use this space in an energy efficient way, and also have an impact on God’s creation,” Kelly said. By saving money and “being good stewards” of the congregation’s finances, it allows the church to have more funds for its endeavors to support the community, Kelly said. It also is a good way to help protect the natural world that God created, she added.

“By producing our own energy, we reduce the amount of energy we must purchase from the electrical grid. Since the large fraction of electricity in this region is generated from fossil fuel combustion, our renewable energy equipment will avoid the emission of 70,200 pounds of carbon dioxide each year. This is the equivalent of taking 9.3 mid-sized cars off the road or planting 174 trees each year.”

One of the tenents of the Presbyterian theological tradition is the stewardship of all creation, Kelly said.

The solar panels cover 2,240-square feet and are expected to produce an average of 44,000 kilowatt hours per year, which represents about 20% of the building’s current electrical use. Not only are the solar panels saving the church money, they’ve already saved an estimated 419 trees, said Tim Shelton, the church’s building superintendent. “It’s a gift that keeps on giving.”

The roof was in need of repair when the gift was offered, Kelly said. In September, it was repaired and prepared for the solar panels. Solar Energy Solutions installed the panels in October, Shelton said.

Church member Preston Miles, a retired Centre College chemistry professor and ardent environmentalist said, “I think what this project has done has taught us as members of the Danville Presbyterian Church and witnessed to the local community that renewable energy is both technologically feasible and financially wise, and aesthetically pleasing. It’s not jarring to the historic integrity of the community.”

Kelly said the church is a 44,000-square-foot facility and as its environmental systems are aging, they have begun talking about how to replace them with energy efficient, environmentally friendly options, for example geothermal heating and cooling.

“The church has to be relevant to the context in which we live,” Kelly said. “And the context is not the same as it was 200 years ago. We didn’t know what we know today, and we didn’t have the technology. And that’s true of the church in general … Sometimes it’s harder to get people to come along with the changes in the community, but this is an example of one that is working well.”