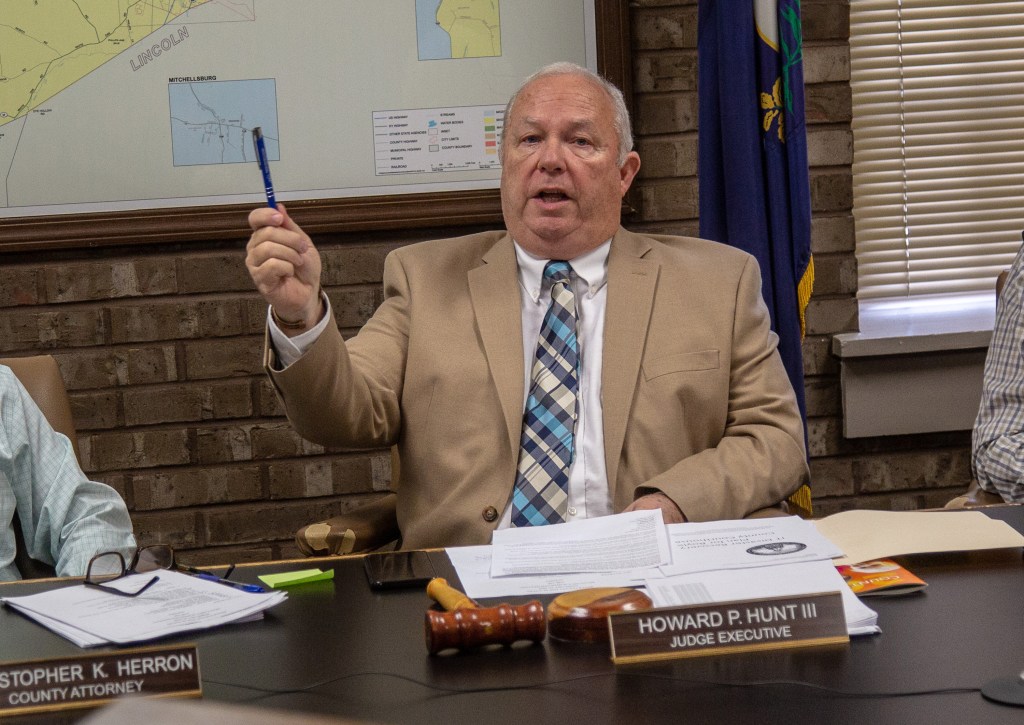 Judge-Executive Hunt said he had been working with the Conservation District to find a solution for dead animals, after the company that used to provide the removal service went out of business at the end of January. He said it’s an emergency situation “because there’s dead animals piling up around the county.”

The county agreed to accept the defunct company’s vehicle into its fleet, which Treasurer Mary Conley said cost around $715 for liability-only insurance. That $715 could be reimbursed back to the county by the Conservation District, she said.

The vehicle is not being used yet.

Hunt said the plan he had been working on involved Boyle County hiring a driver for the vehicle and the Conservation District reimbursing the county for all of that person’s salary. There would be zero net cost to Boyle County and dead animal removal services would be maintained for farmers, he said.

Magistrate Phil Sammons said he doesn’t think the problem is Boyle County government’s responsibility. The Conservation District “really wanted to be on their own and do their thing” when the county approved making it a special taxing district, he said.

“I don’t think our taxpayers need to spend a penny, because they’ve got the money, they agreed to this and by golly, they need to stick with it,” Sammons said.

Magistrate John Caywood said he’s concerned the fiscal court assisting the Conservation District “could open the door for other taxing districts if we’re not careful.”

Magistrate Tom Ellis said he has heard concerns about the potential location for dumping and composting the dead animals near Perryville. He also noted that there are methods farmers can use on their own land to properly dispose of a dead animal within six weeks.

“I think a lot more education in the community needs to take place before we take anything on that is the Conservation District’s responsibility,” he said.

Hunt said the location in Perryville was discussed tentatively on Friday, and nothing is decided. He said he was trying to help address an emergency situation in Boyle County when he began working with the Conservation District on possible solutions. He said if magistrates were unhappy with the work he had done, he would stop working on it and let magistrates “take over” instead.

“I was approaching it from a position of expediency to make available a concept of service … but apparently that’s not acceptable, so I would like for y’all to take over,” Hunt said. “I’m being very serious when I say that.”

Sammons said the Conservation District gets around $160,000 a year in property taxes, but dead animal removal was only costing around $60,000 annually. He asked where the rest of the money was going.

Hunt said the Conservation District is “broke” and if it loses its taxing ability, the cost would fall back on Boyle County, anyway.

Magistrate Jason Cullen asked whether other magistrates could get on-board with approving the hiring of a driver for the truck at the Conservation District’s expense — if the driver would be transporting dead animals only to out-of-county locations. The more controversial issue of a possible in-county disposal site could be decided later, he suggested.

But other magistrates didn’t want to approve anything until they had a better understanding of the situation and a face-to-face meeting with officials from the Conservation District.

The fiscal court agreed to hold a special called meeting 10 a.m. next Tuesday, March 3, during the county Solid Waste Committee meeting, to meet with the entire Conservation District board and figure out what to do next.

‘Scary Terri’ Branson is beloved by Danville students for…