‘Scary Terri’ Branson is beloved by Danville students for being tough 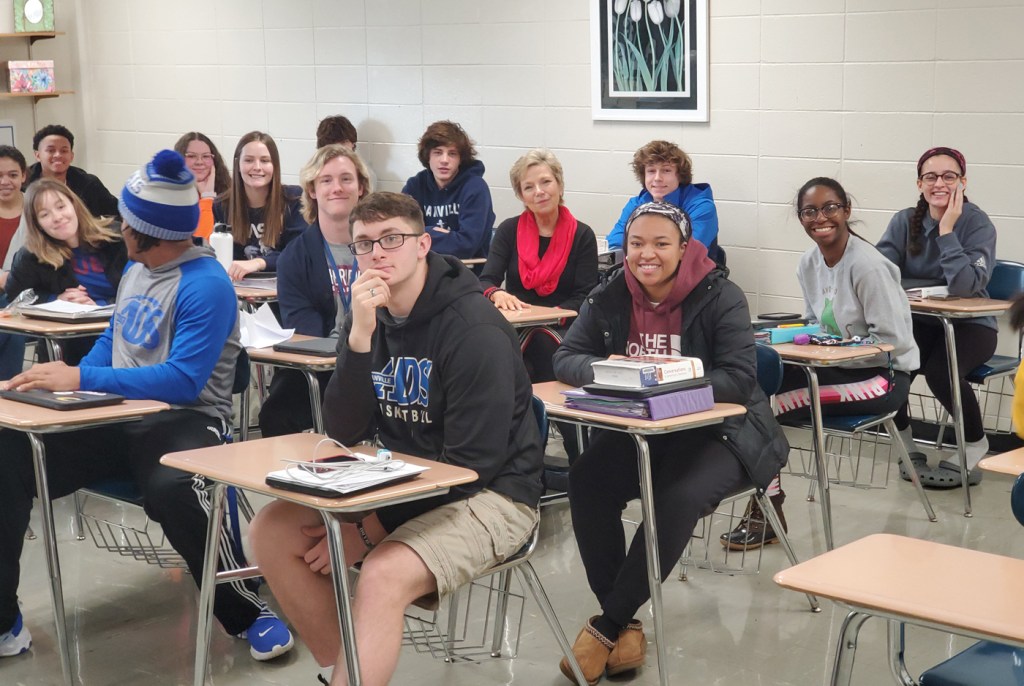 Even when she doesn’t have a class in session, you can find Danville students in English teacher Terri Branson’s classroom.

“It’s become a hangout for kids who don’t have anywhere to go,” she jokes.

That’s in part because of the bonds that she has formed with students over her 40-year teaching career — the last six of which have been at Danville High School.

In talking with Danville seniors throughout the year, Branson’s name came up almost every time in regards to their favorite class or favorite teacher. And almost everyone said the same thing — “You do the work, do what she says, or you’ll fail.”

While that’s earned her the loving nickname of “Scary Terri,” it’s a philosophy that has served Branson well.

“You have to do all the work and do what I tell you,” she echoed. “I will kill myself to help you if you’re doing the work and giving me your best. I’ll do everything I can to help you get better.”

It’s that relationship with her students that keeps pulling her back to the teaching profession after multiple retirements. 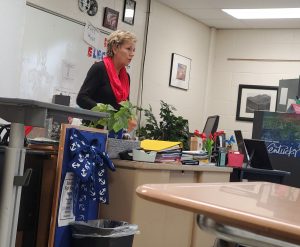 “I have tried to get out repeatedly and God said ‘Ha!’. I always ended up getting hired somewhere,” she said, laughing. “I’m getting ready to retire and that’s not because of the kids. They inspire me and they teach me. I teach a lot of kids who are smarter than me and they make me think, they make me learn. Sometimes, they let me help them.”

While being the focus of this story was something that “astonished” Branson, the fact that she was named by so many students as their favorite means more to her than any personal glory.

“I just feel incredibly blessed. I laugh about this all the time — I’ve got friends who will win these huge awards and I always said I don’t care,” she said. “My students brought me candy and flowers on Valentine’s Day. When I hear that it’s like — it’s a life well lived. It’s a blessing. It makes me tear up.”

The bond between a student and a teacher is something that is felt by anybody — we all have our favorite teachers we can look back on — and Branson said she is always surprised when an old student comes up to her.

“It surprises me because they recognize me,” she said. “Usually, it takes me back to where we were… They’ll think I don’t remember them and I’ll just be like ‘Second row, from the left, third seat back’ and they’ll know that I do remember. When I’m here, I’m really here and when I run into someone, they’ll remember something I said and it’s just a big wow factor to that. It warms my heart.”

Branson said she can’t look back on any specific memory as being the most rewarding, saying that “every year something happens that I’ll remember forever.” 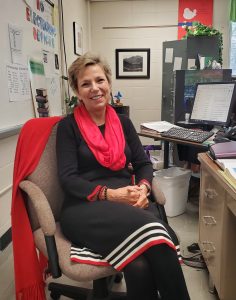 “One of the most fun things that’s happened to me is these fools,” she continued, gesturing to a group of seniors in her classroom including football player Seth Gosser and soccer players Sam and Seth Brunner. “They were in my class last year — it was a dual credit class — and they signed up to take it again. I was just, ‘You know what you’re getting into; why are you doing this?’ They said that I love to teach writing and they’ll need that for college.”

But the most rewarding thing to her is watching students succeed. She points to Steve Meadows — whom she taught and coached in forensics and was the assistant coach under at Danville — as an example.

“When you watch students that you’ve taught or coached surpass anything that you’ve ever done yourself — that has been one of my greatest pleasures,” she said. “Steve is involved in forensics on the national level — I never did any of that. He’s involved in one of the state leagues so I’ve been watching him.

“I’ve seen it happen with other people who’ve gone on to do great things and it’s always like ‘Wow, they were in my class.’ That’s the teacher in me. You teach them and let them go.”