Admirals come back to beat Rebels, advance to district championship 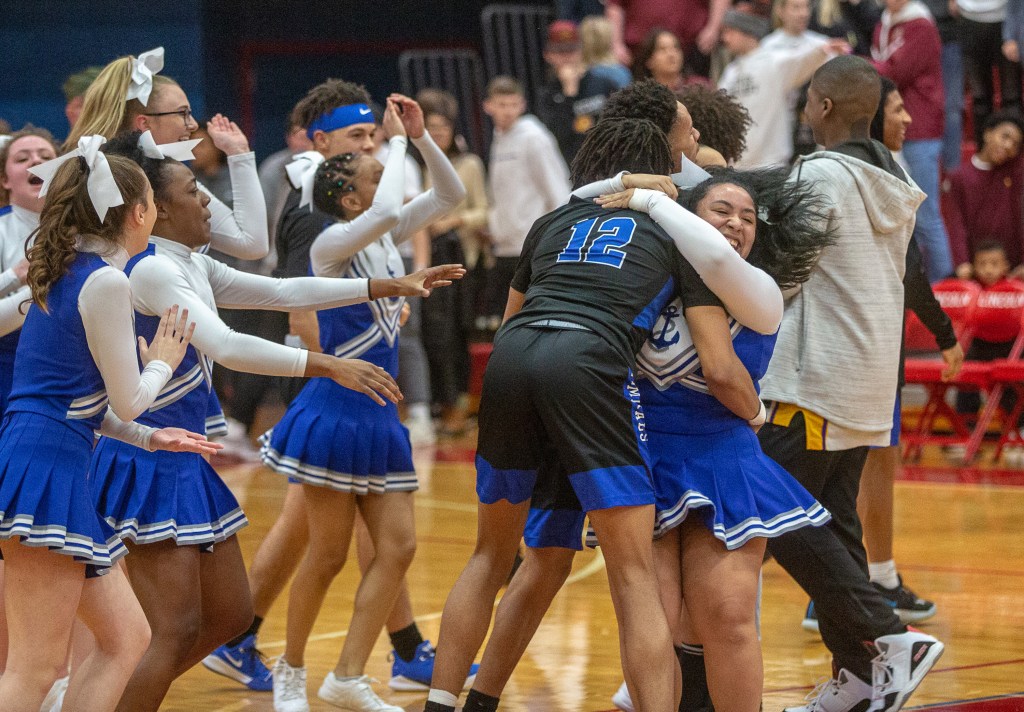 The Danville Admirals pulled off a comeback and an upset Thursday night, defeating the No. 2 seed Boyle County Rebels to advance to the district championship game.

The Admirals were down 15 at the half, after a half-court buzzer beater from the Rebels’ leading scorer Luke Imfeld put the icing on a solid half for Boyle County.

But Danville came out shooting in the second half and Boyle couldn’t get much to drop. The Rebels’ 35-20 lead at the break had shrunk to just three points — 39-36 — at the end of the third quarter.

That set up an exciting fourth quarter, with the teams separated by one score or less for almost the entire eight minutes. Danville hit two free throws with less than 10 seconds left to go up 53-51; the Rebels final shot bounced off the rim as time expired and the Admirals’ celebration began.

“We hung in there after a tough first half,” said Danville coach Ed McKinney.  “And give Boyle County credit — they just manhandled us in the first half.  I’m Proud of the way we fought to get back in it.”

Darrian Bell had a double-double and led scoring for the Admirals with 17; he shot 7-of-15 from inside the arc and a perfect 3-for-3 at the foul line. He also grabbed 17 rebounds, including nine on the offensive end.

Imfeld had 18 points and 11 rebounds for the Rebels.