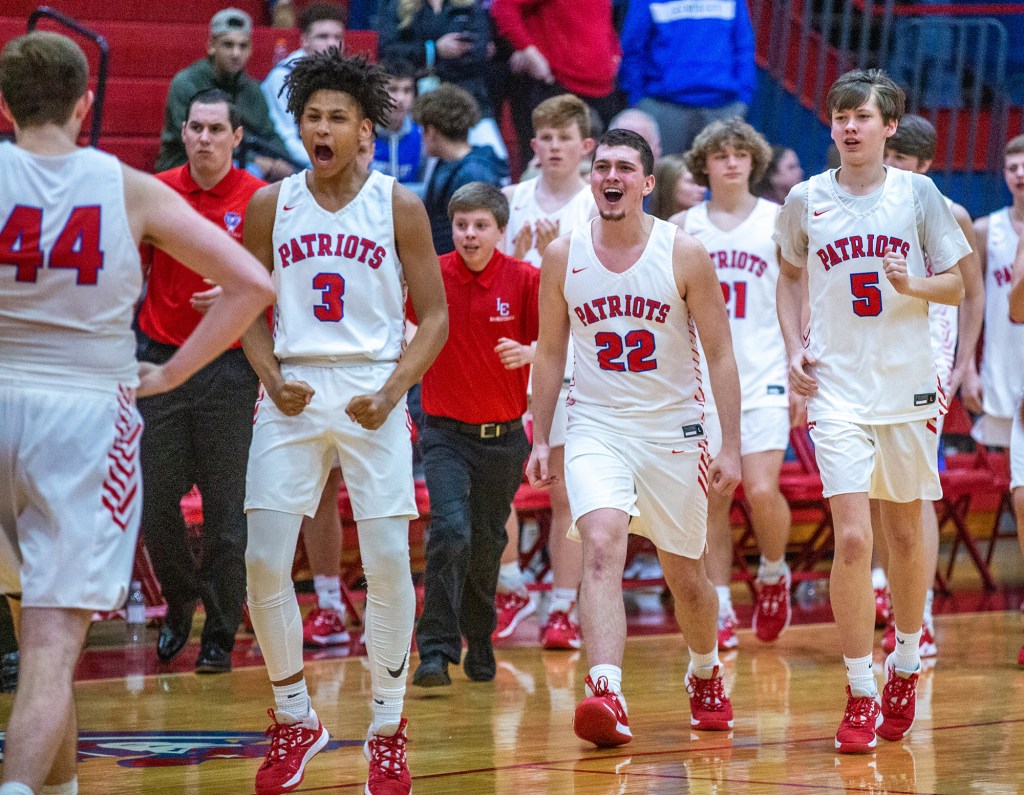 The Danville girls took a nine-point lead into the half against Garrard County, then blew things wide open with a 12-0 run to start the third quarter. The Admirals kept control for the rest of the game, rolling to a 74-47 victory.

On the way to the district championship, Admiral Lara Akers scored 31 to surpass the 1,000-point mark for her career. Akers hit seven jumpsuits and five 3-pointers in the game, and shot 2-for-3 at the charity stripe.

Desiree Tandy also scored in double-digits for Danville with 12.

Carolina Gonzalez led scoring for the Golden Lions with 19; she scored a three of Garrard County’s nine field goals and two of the team’s three 3-pointers.

After the Danville girls conquered their district, the Danville boys got their shot to do the same against No. 1 seed Lincoln County. The Admirals stayed within striking distance for almost the whole game, but couldn’t come up with enough to topple the Patriots.

Danville was down a point at the half, 24-23. Lincoln County jumped out to a three-possession lead early in the second half. Danville would pull within a single possession multiple times, but the Admirals never managed to take away Lincoln’s lead.

Down by 8 with less than three minutes left in the game, an Admiral 3-point shot gave Danville a glimmer of hope. But Lincoln all but put the game away a short time later with a 3-point shot of their own. The Patriots lead ballooned in the final minute of the game as Danville increased its defensive pressure and fouled to stop the clock. The final score was 61-50.

The All-Tournament Teams are: