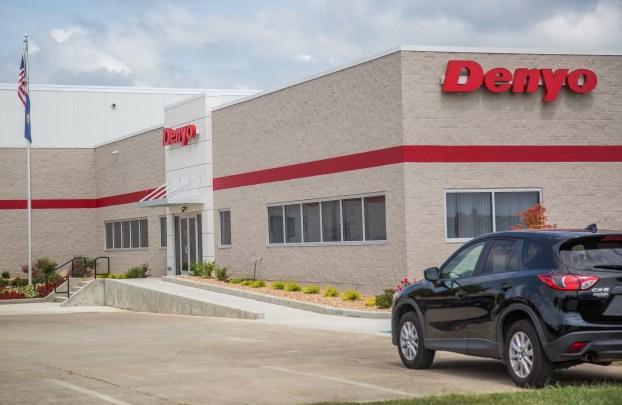 The Kentucky Economic Development Finance Authority finalized up to $600,000 in tax incentives for Denyo Manufacturing in Danville last week.

Denyo can receive up to $60,000 in state tax incentives every year for 10 years, as long as it maintains employment targets as part of a 63,000-square-foot expansion. Denyo must employ at least 17 new people initially, and 21 people after one year. The job target rises by four positions each year until it reaches a maximum of 45 jobs in year seven.

The average wage target including benefits is $21 per hour and Denyo must maintain its minimum base employment level of 139 in addition to the new positions, according to a report presented to the KEDFA board Feb. 27.

Denyo actually cut the ribbon on its new facility a year ago, at which time the company said it was creating 65 new jobs, exceeding the KEDFA targets.

The expansion was Denyo’s fifth since it opened in Danville. Kenji Yamamichi, chief operating officer for Denyo’s U.S. division, said at the ribbon cutting in 2019 that Denyo had grown from 65 employees when it first opened here to 265 with the newest expansion.

The newest expansion gives Denyo the ability to fabricate its own sheet metal — a necessary addition as the number of sheet metal suppliers available has dwindled in recent years.

Denyo first took over operations for one sheet metal manufacturer in Nicholasville after it announced it would go out of business. That 27-person operation has grown and now moved to Danville as part of the expansion. Denyo now has 76 people employed in sheet metal production, Yamamichi said.

Every worker from the Nicholasville facility stayed and moved to Danville with the Denyo expansion, something Yamamichi said he is very proud of them for doing.

Wilderness Trail Distillery is partnering up with the Danville-Boyle County Humane Society to offer the first ever Fur... read more