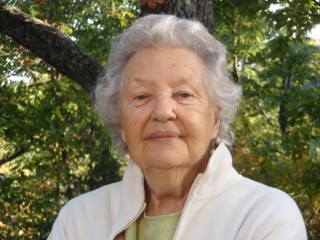 “She was really kind of a feminist before the feminist movement came along,” said her son, Rob Pendygraft. “… One of her biggest legacies is just the fact that she was a strong woman in a leadership role.”

Mary Pendygraft served as judge-executive for Boyle County from June 1977 to Aug. 1, 1993. She took over after the death of Judge-Executive June White in the summer of 1977, and she won her first election to the seat that fall.

“Once she ran, she was very popular,” Rob Pendygraft said. “She had opposition (in elections), but none of them ever really came close.”

He said her popularity was due to the fact that “she always treated everybody equally.”

“She never allowed any kind of discrimination or bigotry or racism,” he said. And “she had that tough skin … she didn’t take it personally and she didn’t get mad” if you disagreed with her.

Former Boyle County Judge-Executive Tony Wilder built his early career in the courthouse while Mary Pendygraft was judge-executive; he would eventually become the next judge-executive when she retired.

“She was quite a mentor to me,” Wilder said. “She approached the position with a calmness. She had great experience, having been in the office a number of years prior to assuming the judgeship.”

Mary Pendygraft had worked in the judge-executive’s office for 16 years prior to taking the helm; she had been judge pro tem for June White, and for the judge before him, Gilbert White, according to news archives.

“She had a diplomatic way about her and yet when she meant to do something, you knew … that she meant business,” Wilder said.

While she was unique at the time as a female judge-executive, the fact she was a woman didn’t matter so much to doing the actual work.

“I think because she was so competent and had great relationships with people, we just kind of took it for granted,” Wilder said. “She was a leader that was effective.”

Judge Gilbert White, who first hired Mary Pendygraft to work in the county office, was Boyle County’s last judge before the state redefined the position, creating district judges to handle court cases and judge-executives to head up administrative and finance duties.

He hired Mary Pendygraft for what was supposed to be a temporary position, Rob Pendygraft said. As “the consummate local politician,” Gilbert White had already promised the position to the daughter of a county magistrate once she finished school, he explained.

But Mary Pendygraft proved to be such a valuable addition to the courthouse staff that Gilbert White found a state job for the magistrate’s daughter and kept Mary around, instead, Rob Pendygraft said.

When Gilbert White decided to retire, he had wanted Mary Pendygraft to run and be his successor, Rob Pendygraft said.

“But Mom was still a little unsure about whether the county would support a female in that position,” he said. “So she decided to wait.”

She did not seek re-election in 1993, and ultimately retired a few months before the 1993 election that Wilder won. Rob Pendygraft said his dad and Mary Pendygraft’s husband, Leon, was already retired at the time and wanted to spend more time with his wife.

“It was getting close to another election,” Rob Pendygraft said with a smile. “He told her, ‘If you run again, I’m going to go work for your opponent.’ So she announced her retirement.”

The couple would spend winters together in Florida until Leon passed away. Rob Pendygraft said his mom continued gardening and was “real proud she mowed her own yard up until five or six years ago.”

Mary Pendygraft was also quite the bowler, participating in bowling leagues for many years until a shoulder injury forced her to hang up her shoes, Rob Pendygraft said. According to Advocate-Messenger archives, she bowled a pair of 200+ games in one night in November 1969.

The length of her tenure in the Boyle County Courthouse also meant she may have “had more experience with courthouse marriages than anyone in central Kentucky,” according to a 2003 news article from The Advocate-Messenger.

“Before her retirement in (1993), Pendygraft presided at hundreds of courthouse weddings,” the article states. “‘Seven in one day,’ she laughingly refers to as her record.”

Rob Pendygraft said people still come up to him today, ask if he’s Mary Pendygraft’s son, then tell him happily, “She married us.”

“The first three or four she conducted didn’t last long,” he said with a chuckle. “She thought, ‘Oh lord, I can’t do this.’ But then they started sticking.”

At home, Mary and Leon Pendygraft had something like the quintessential “50s and 60s nuclear family,” Rob Pendygraft said — except, of course, for Mary Pendygraft working full-time outside the home. But the family would always gather together for supper each night and share in good conversations.

Rob Pendygraft said his mom will be cremated. Her ashes will be placed at Danville Memorial Gardens, next to her husband and another couple with whom they were long-time friends and pinochle buddies.

Rob Pendygraft said he went out Friday and bought a deck of pinochle cards for his mom because “they always said the last one in had to bring the pinochle cards.”

Wilder said Mary Pendygraft will be remembered for her excellent diplomacy skills, her ability to get things done, and how she treated others.

“At her core, she really cared about people. … She knew how to deliberate and she knew how to approach difficult policy issues and try to build consensus. She used her experience very well,” he said. “… We’ve certainly lost an iconic figure in the community and I hope people reflect back on what an extraordinary person she was to achieve what she did.”

A service for Mary Pendygraft will be held this coming week. Arrangements are pending at Stith Funeral Home in Danville.