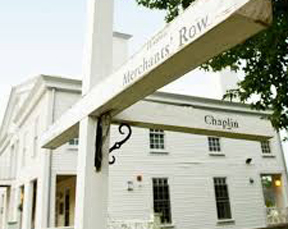 Perryville Community Center to be up for sale

The Perryville Community Center, which overlooks the Chaplin River next to Merchants Row, will soon be up for sale.

The council voted to sell the property, located at 216 S. Buell St., since it no longer needed the space for the police department or for its meetings.

Perryville City Hall and the Perryville Police Department have moved their offices into the former Monticello Bank Company building that was donated to the city last month by the bank. Council meetings will now take place there, Mayor Brian Caldwell said. The council has been meeting in the community center since 1993, he added.

Thursday night, council member Steve Bailey said since the acquisition of the old bank building and his research which showed the city had spent nearly $14,000 annually on building maintenance since 2014, he made the motion to sell the property. Council member Adam Gray quickly seconded, and without any discussion, the council unanimously voted to sell the structure.

City Attorney Justin Johnson said the building was not subject to historic easement restrictions and the city had several options on how to sell the property, for example through a public or electronic auction, or sealed bids. The city could also transfer property “without compensation to another governmental agency or for economic development purposes,” Johnson said.

Goode said the team will meet several more times to review the plan before it’s finalized in early May.

‘The heartbeat of the city’    The City of Danville recently honored a longtime employee who retired. Carl Harmon, a... read more