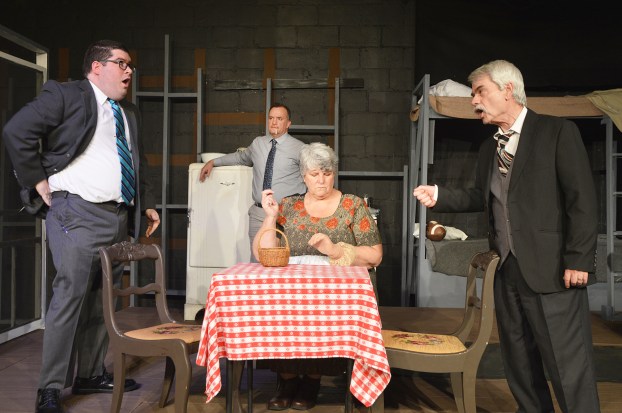 Dealing with a serious topic on stage

On Friday the 13th, a classic must-see piece will be hitting the West T. Hill Community Theatre stage. “Death of a Salesman” is one of the better-known works of playwright Arthur Miller, says director Greg Hancock, which deals with a serious topic he hopes others can relate to.

“The theater board chose this play to complement their Gala 40th Anniversary Season — it truly is a timeless story,” Hancock says. Although first produced 71 years ago, he says it is as relevant today — and moving — as it was when it first opened.

Why the story is important

Loman is the central figure in the play, but Hancock says the other characters are as equally important. “Willy struggles with the reality of never becoming what he hoped he would be, and letting that reality keep him from being what he is.”

From a cultural and educational perspective, Hancock thinks “Death of a Salesman,” as well as “The Crucible” are two of the most important pieces Miller penned.

Hancock explains why he feels this piece is so timeless. 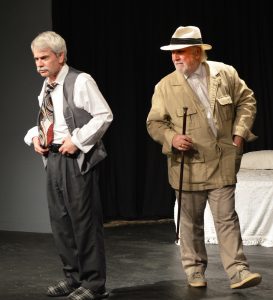 “It is, on the surface, a depiction of delusion and mental illness. When it first opened in 1949, audiences focused on Willy as a man unhinged. Critics, back then, called the play a success because they could see themselves in him.”

Remember, Hancock points out — it was immediately post World War II, and the country was changing, culturally and economically. “America was never going to be as it was, coming out of the Great Depression. Willy was disillusioned, isolated and unsuccessful. He thought he could make things good again by imagining them the way he wanted them to be.”

Hancock says that now, decades after it first ran on Broadway, the show allows us to “peel back layers of Willy’s despair, and see mental illness from a different perspective. We recognize that — while Willy feels isolated — he is in the company of people who might help him, they just don’t know what to do. Some ignore him, others argue with him. Some distance themselves from him, some egg on his diversions.”

Hancock feels it’s important for any person capable of mature thought to see this play.

“Audiences should be aware there is profanity and adult situations. We live in a time where mental illness and suicide seem to play out in broad populations. Over and over again, we hear people who have been devastated by some form of mental breakdown — even suicide — say, ‘If I had only known.’ This play helps us see that it is quite possible ‘to know,’ if you are aware of the signs.”

Getting it all together 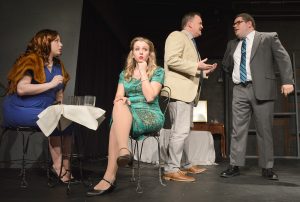 “I don’t think I have ever experienced a cast and crew coming together more naturally or appropriately than they have for this show.” Hancock attributes some of that to Cynthia Woolcott, assistant director, and LuAnne Littlefield as stage manager. He calls having them “a blessing.”

“Cynthia not only has the education and experience to do a play of this caliber, she has a connection to the community that brings the right people and resources to the right times and places. I have benefitted, in the past, from LuAnne’s extraordinary competence around a script and set. She gives me a great deal of confidence that nothing will be left to chance.”

For Hancock, the most difficult part of directing is choosing the cast. He found that particularly difficult this time around, “because we had so many auditioners who were not only talented … but were almost ideal for specific roles.” He says it came down to selecting the most obvious team — actors who looked as if they shared DNA or cultural direction.”

Auditions were so good, he says he kept a file of people he could not cast but wants to direct in the future.

Hancock hopes audience members walk away thinking, “‘How could that have happened?’ and that they know help is available, and that there is hope. Perhaps some folks will gain insight into their own behavior or that of an acquaintance, and find a way to triumph over tragedy.”

“Death of a Salesman” opens Friday, March 13 at West T. Hill Community Theatre, with Friday-Sunday performances through March 22. Friday and Saturday performances are at 8 p.m., with 3 p.m. matinees on Sundays. For tickets, visit westthill.net or call the box office at (859) 319-0205.

Tracking a killer Editor’s note: This is the second part of a series on the ABC pawn shop murder case... read more