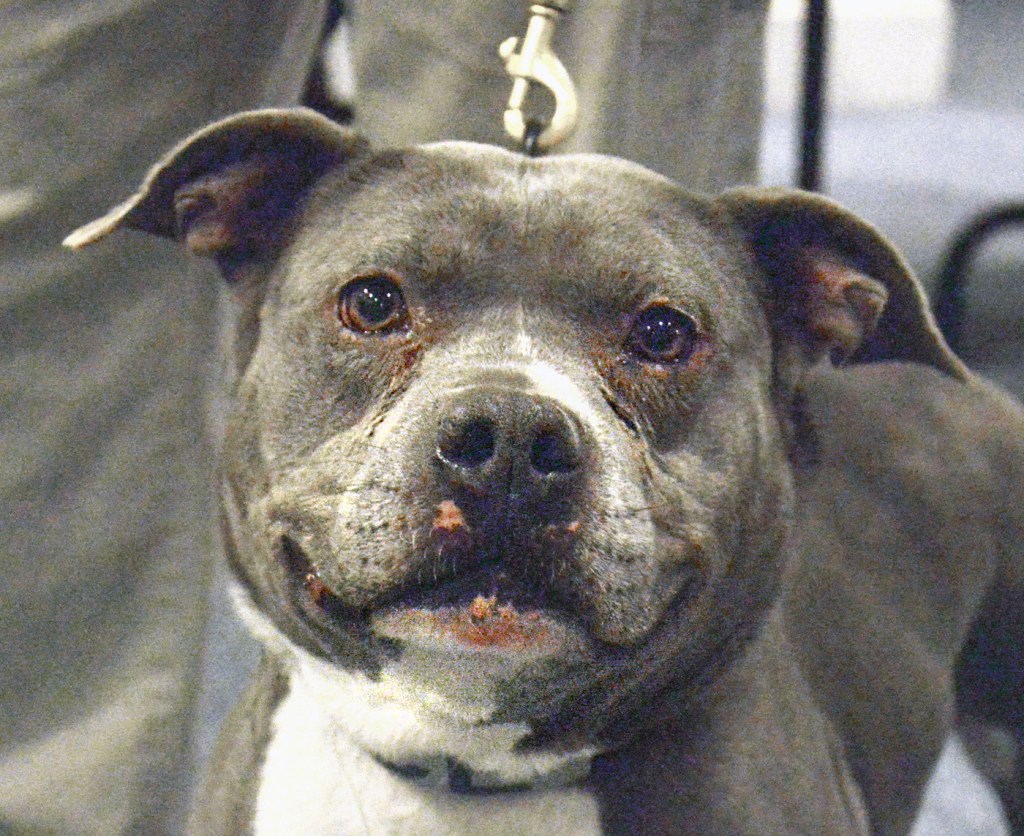 Liberty, a 2-year-old shelter rescue dog, smiles as she was introduced to the Perryville City Council Thursday night. (Photo by Robin Hart)

Perryville’s newest police officer, Liberty, started her first day on the job Thursday, with her partner Larry Nunes. Her specialty is sniffing out cocaine, heroin, methamphetamine and marijuana during traffic stops and building searches.

According to an AFF news release, “The program’s philosophy is that all dogs are individuals and should not be categorized because of their breed.” Shelters select dogs and donate them to the program based on their personality traits, such as focus, drive and ability to take direction, Nunes said. Liberty came from a shelter in the New Orleans area, he said.

The dogs are then sent to Sector K9 training in Texas, where Wes Keeling prepares them to work with police departments by detecting drugs, explosives and weapons. To date, more than 80 dogs have been placed across the country in police departments and schools through this program, Nunes said.

Traditionally, full-bred drug detection dogs cost between $10,000 and $20,000 according to the release.

But because of the foundation’s grants and program using rescue shelter dogs and Sector 9 training, they can be provided free to police departments and schools.

“Recently, a number of police departments across the country have added shelter dogs to their police force as an inexpensive and highly effective resource to help combat crime,” the release stated. 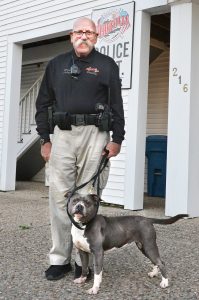 Nunes said the AFF program makes having a drug detection dog accessible to more and smaller police departments who are trying to combat illegal narcotics in their communities.

Nunes has worked in law enforcement for about 40 years, he said, and six of those years have been with the Perryville Police Department. Training with Liberty “was one of the most intensive trainings I’ve ever gone through.”

When Liberty detects the scent of narcotics, she looks back and forth between the area and Nunes, he said. Or if she smells the drugs behind a closed door, she scratches at it. Her reward is just extra loving, he added. That’s what she wants most.

Liberty may look intimidating, but, “She’s a real love bug. … She’s in her forever home now.”

After gruesome triple-murder in 2013, police got their first…