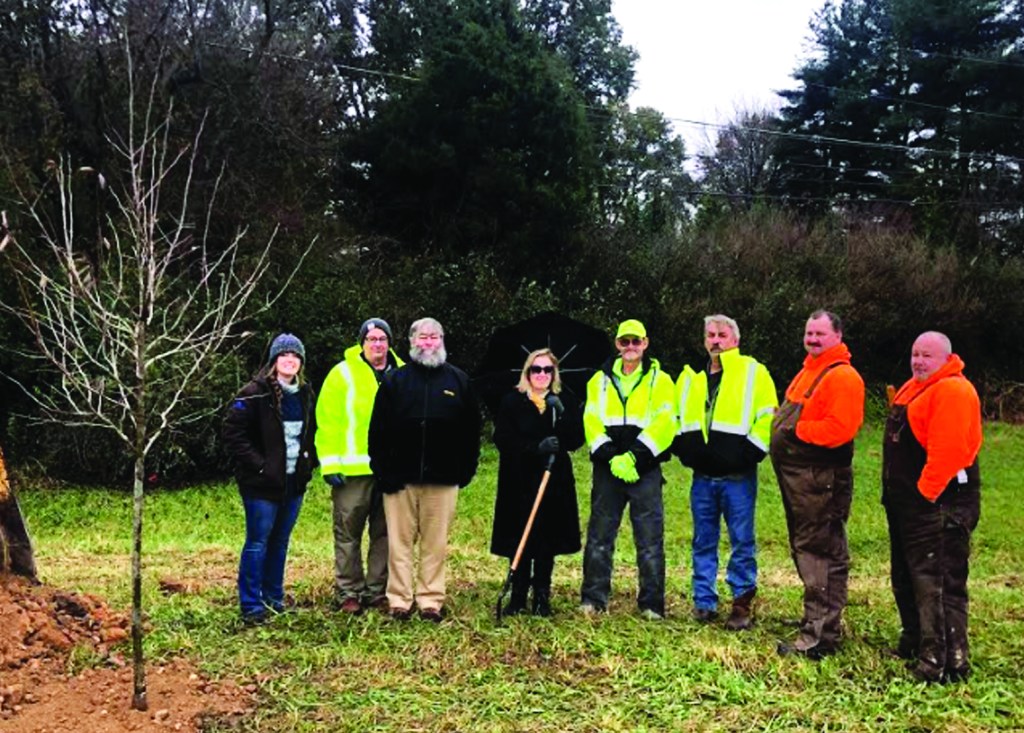 Beau Weston says various Danville groups coming together to get trees planted is a perfect example “where small-town America all works together to make good things happen for the community.”

For the sixth year in a row, the city has received a grant from Kentucky Utilities through its Plant the Planet program. Weston says the $4,000 grant will be added to $6,000 raised from local citizens and groups to plant trees this year.

“These funds will result in about 50 trees, each already 10- to 12-feet high, being planted to shade sidewalks and other public places,” he said.

Weston says Danville’s tree-planting tradition is the result of a broad cooperative effort. The funds come from many local citizens, businesses and the Garden Club of Danville. Species to be planted are chosen by Alexis Sheffield, horticulture agent with the Boyle County Cooperative Extension office, he says, and “the purchases chosen by Janet Hamner of the Beautification Committee, and the funds are held by the Wilderness Trace Community Foundation.”

The City of Danville “does the heavy lifting of receiving the trees, planting them and maintaining them,” he says.

“So, we went with a healthy mix of Kentucky native trees. Every year we have to look at what’s available, so the list contains around 20 different species to allow those accommodations,” Sheffield says. The reason they went with natives is because they are more prone to withstand the “wild climate swings — our times of intense rain and drought, as well as our clay soils,” she says.

But Sheffield says the importance of variety is not only to be able to find them at local nurseries, but also to insure a healthy ecosystem. “Promoting diversity helps insure that we don’t have an influx of diseases or pest problems and, if we do, we only lose a single tree instead of an entire planting.”

Although in its sixth year, the initiative actually began out of actions from eight years ago, Weston says. After the big loss of trees in the ice storm, he organized his neighbors on St. Mildred’s Court to plant 26 trees.

“That went so well, that the next year I started asking other people in town for funds for trees on Main Street. The crucial connection was that City Engineer Earl Coffey told me that the city could take charge of planting and maintaining the trees. He also told me about the KU matching grant program,” Weston says.

He asked his neighbor, Hamner, who had been involved in beautification efforts for years, for advice. “She has done yeoman’s service in picking the specific sites and getting agreements, where needed, from landowners. I went to the County Extension Office for advice about good urban tree species, and was blessed to find Alexis Sheffield …”  he says, and the “foundation agreed to hold the money as it was collected, through the law office of Sheehan Barnett.”

Weston says Danville’s CFO, Michele Gosser, takes care of the reporting paperwork, “for which I am particularly grateful. I make the application to KU on behalf of the city, with the annual approval of the city commission.”

He says each year, this group — Coffey, Hamner, Sheffield and himself — pick a target area of the city to plant in. Up to about 50 local citizens donate to the effort, most of them annual givers, Weston says. “I want to lift up Jeff and Karen Thornton as being particularly generous.”

He says the Danville Bike and Footwear shop always contributes; the Rotary Club does as well, most years; and the Garden club has been “particularly helpful and diligent in supporting this effort.”

Weston says that in fact, the Garden Club “put me up for an annual award for non-members given by the Garden Clubs of Kentucky, and I am delighted to report that this year, we won. I will receive the award later this month in Paducah.”

He says shade trees are especially important to him as a pedestrian. “I walk downtown every day on my way to the Hub, so I was aware of how many trees we had lost. I also know how vital trees are for cooling the city, for capturing carbon dioxide and for sheer beauty.”

Anyone interested in donating to the tree planting initiative may do so by visiting cflouisville.org, and searching “Danville Tree Fund.”