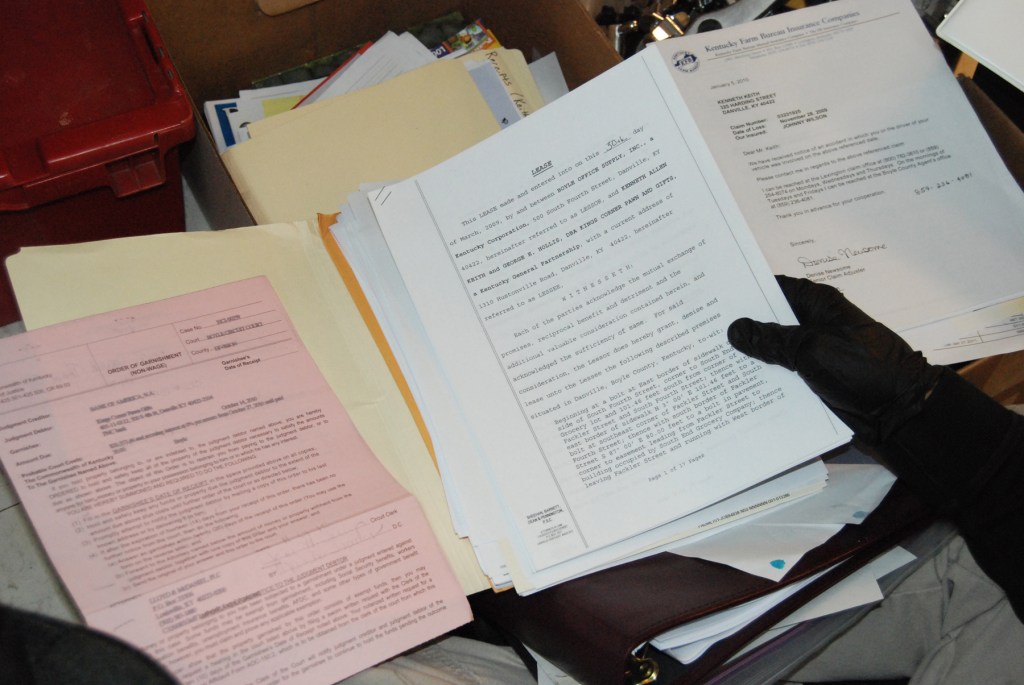 The lease agreement would also prove to be a major part in the case against Kenneth Allen Keith, eventually resulting in a guilty plea from him to avoid the death penalty. (Photo courtesy of Danville PD)

Editor’s note: This is the third part of a series on a case overview of the ABC pawn shop murders in Danville, with lead detective, Maj. Kevin Peel.

Kenneth Allen Keith, the man arrested and serving life for the 2013 triple murder at ABC pawn shop in Danville, actually called in and spoke to an officer the day it happened, as authorities were on the scene.

“He offered his assistance — if there’s anything he could do, we could give him a call,” said Maj. Kevin Peel, who was the lead on the case. Keith wasn’t a suspect, however he was on the list of people to speak to since he knew all three individuals killed — Michael and Angela Hockensmith, the pawn shop owners, and gold broker Dan Smith.

Authorities were still in a whirlwind of interviewing people called in through leads, with a lengthy list of names they still had to visit. But as Peel and others were on the way out the door to question a person of interest, the phone rang. It was a pastor in Warren, Michigan, a friend of Keith’s — Tracy Herald.

Peel said, “He was very upset.”

Herald told the detective that on Sept. 20, he saw on social media that there had been murders at a pawn shop in Danville.

“He hadn’t spoken with Keith in quite a while. He knew the Hockensmiths indirectly,” Peel said.

Herald sent a message to Keith that he’d heard what happened and wanted to make sure he was OK. Keith responded to Herald, saying it was the Hockensmiths, “and that ‘I’m so upset,’” and that he would get back to him.

“As soon as Tracy Herald started asking what happened, he told us Keith started running this play-by-play of what he’d done that day, down to the exact times,” Peel said. “Keith told Herald he’d left Burnside at 5:47 that morning to go to his (pawn) shop to do some work; that he left there at 7:17 to go to the VA Hospital because he had an appointment at 8 in Lexington; and that he left there to come to Danville to pick up a prescription at a local pharmacy for his wife because the medication wasn’t available at any other pharmacy. He added that he left Danville and had his van detailed because they were headed out on a family trip to Florida the next Sunday.”

“Because just off the top of his head, he’s rattling this off, almost like this is my alibi,” Peel said. As the conversation between Herald and Keith went on, the pastor asked for more details — “He asked Keith, ‘Was it a robbery, do you think they were just in the wrong place at the wrong time?’” Peel said.

That’s when Herald told authorities that Keith “flipped the switch. He sounded like a different person,” Peek said. “He told us he wouldn’t have even recognized his voice if he hadn’t known it was him. He said, ‘No, the Hockensmiths were not good people; they were evil people, they got what they deserved, they cost me a lot of money.’ He said to Tracy Herald that ‘God judges people with a lion judgement and a lamb judgement,’ and that he’d ‘chosen the lion judgement for the Hockensmiths.’”

Herald told authorities that he couldn’t get the words out of his head, and eventually spoke to an officer friend about it, who advised Herald to call local authorities and at least tell them about the strange conversation.

“So, it was enough to get our attention, and certainly sounded like it needed to be followed up with.”

But, Peel said, “it wasn’t until we started digging into things that it all started falling into place.”

‘He was going under’

As far as Keith’s very-detailed alibi, “we tore that apart in a matter of days.” They confirmed he never had an appointment that day with the VA. And video footage showed Keith did get to his shop early, but he left much earlier than he said, and arrived in Danville around 8:17 a.m.

“His motive — if we got into his business dealings, what would later be confirmed by him … he sold his King’s Corner business, and the business at ABC was never what it was before and it was going down. He wasn’t able to make his lease payments; he was going under.”
Peel said Keith had approached the owner of the building and tried to work out a deal to get out of the lease. “The owner more or less said, ‘You give me all the inventory, the whole business and $3,000, and walk away or I’m going to take you to court and sue you for $120,000.’”

Prior to that, he said Keith had left Danville and went to Somerset, opening another pawn shop. Keith was also the pastor at the Main Street Baptist Church in Burnside.

“Keith felt like the Hockensmiths and the owner of the building had conspired against him to railroad him and steal the business,” Peel said. He said that through statements made to his attorneys and other people, “it would prove to be the motive for what this was.”

Peel said investigators eventually figured out that Keith used Smith’s regular visit date and time to the shop because he knew Smith would have a lot of money with him. “And he probably knew that if we never connected him to the Hockensmiths as far as their disagreement, we’d think someone had targeted Dan Smith.”

Things were starting to come together in the investigation.

“We canvassed Danville for video, trying to find everything we could.” Because the Hockensmiths’ 8-year-old son, Andrew, gave such detailed information about the event and made his call to 911 so quickly, they were able to tie things together even more tightly.

“A lot of these places that have cameras don’t update dates and times; we had to fight on that some,” Peel said.

“We were able to narrow it down to a smaller window of when it had to have happened. If something would’ve happened, to where Andrew hadn’t been able to call at 9:17 … it would’ve extended that window out and allowed Keith’s potential alibi to be a little stronger,” because video would show that Keith was at the pharmacy at 9:24 a.m. — seven minutes after the 911 call.

“Andrew closed that window for us. It really really helped.” 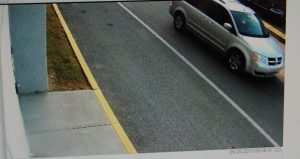 Video footage was retrieved on Figg Alley of Kenneth Allen Keith driving his van through on one of his many loops he made past ABC pawn shop the morning of the September 2013 triple murders. Identifying factors were matched up on the van to one posted on social media by Keith, such as body damage. (Photo courtesy of Danville PD)

He showed a video of Keith’s van traveling down Stanford Road at 8:17 a.m. The video was sent off to a regional forensics lab that specializes in digital forensics; that lab was able to enhance the images so they could find specific damage to certain parts of the vehicle to confirm it was the same van.

Other video footage shows the van going down Fourth Street, cutting across at Triangle Mart and going back up Third, creating a circular-like pattern “past the shop, waiting for Dan Smith to get there,” Peel said. Another piece of footage shows Keith in the van driving through Figg Alley, at 8:59 a.m. — the last time they had him on camera. And witnesses saw the van parked behind the business and statements were made about when it was seen leaving, “so we were able to tighten up on the timeline a little more.”

Coming up: As authorities close in on Keith, bizarre facts about his life begin to surface.