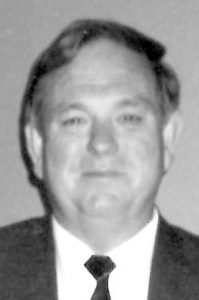 Billy served in the United States Army during the Vietnam War. After the Army, he went to work for ATR in operations. He was also the groundskeeper for Boyle County Schools and rode a bus as a monitor with some of the children. He enjoyed being at the ballpark, loved his grandchildren and looked forward to watching them play sports.

In addition to his parents, he is predeceased by his wife Paulette Chambers Wilson Hargis.

The funeral service will be 1 pm, Monday, February 16, 2020 at Stith Funeral Home in Danville. Rev. Tim Mathis will officiate the service. Burial will be at Camp Nelson National Cemetery. Pallbearers will be Dale Allen, Jason Bird, Micah Bird, Clyde Mullins, Vola Mosley, Devin Burchfield, and Charlie Perry. Honorary pallbearer will be Jimmy Bailey. Visitation will be 4 – 7 pm, Sunday, March 15, 2020 at Stith Funeral Home in Danville. Memorial donations are suggested to Alzheimer’s Foundation and Heritage Hospice. The online guestbook is available at www.stithcares.com