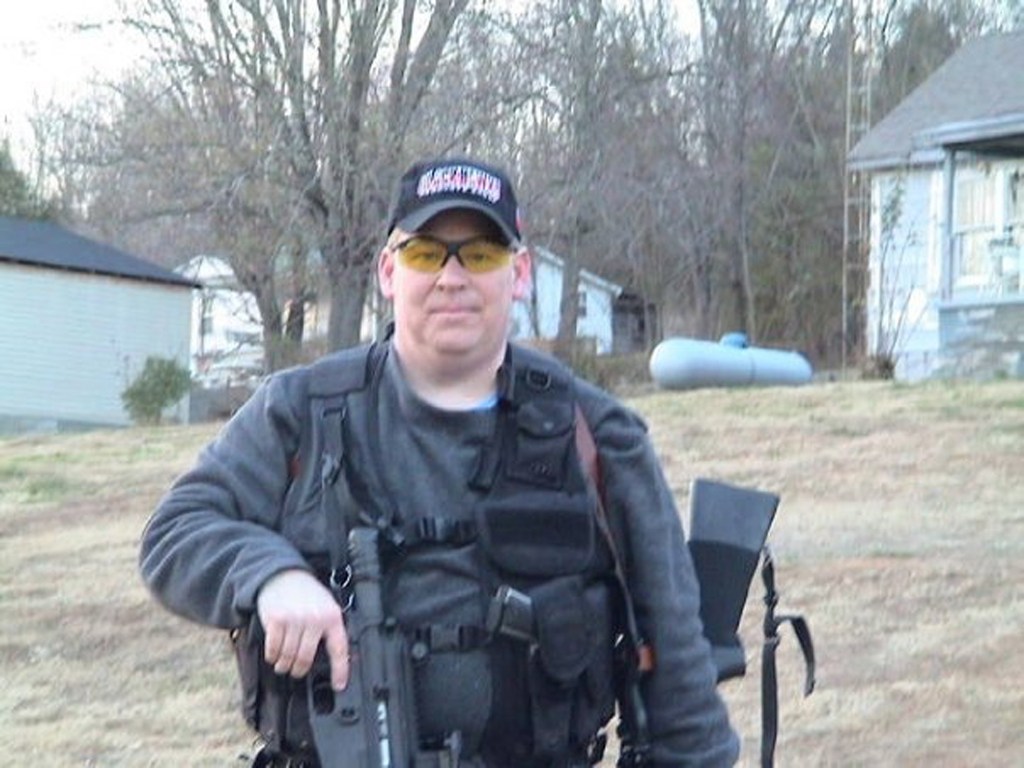 Kenneth Allen Keith is shown in a photo police pulled from social media. Keith had multiple identities he lived by, and told many he was special ops with the military, which would be disproven. (Photo courtesy of Danville PD)

Putting it all together

Editor’s note: This is the final part of a series on a case overview of the ABC pawn shop murders in Danville, with lead detective, Maj. Kevin Peel.

As investigators continued scouring through mounds of evidence eventually stacked up against Kenneth Allen Keith connecting him to the 2013 ABC pawn shop triple murder, Maj. Kevin Peel said they came across the most critical piece of evidence.

“The receipt from Dan’s receipt book,” Peel said, referring to gold buyer Dan Smith, who was killed along with Michael and Angela Hockensmith by Keith seven years ago. The book was in triplicate; Peel said Smith was known to give the pink copy to the person he bought gold from and attach the yellow copy to a detailed sheet showing exactly what he’d purchased, which was kept inside his briefcase.

They knew the briefcase had been moved after the murders.

Authorities traced Smith’s whereabouts before he was at the scene of the crime; he had been to a Harrodsburg jewelry store, somewhere Keith had never been anywhere near. But Keith had a copy from Smith’s receipt book, which was found in a trash bag with money bins from Fifth Third Bank, where Smith had made a withdrawal.

The affidavit for the search warrant on three locations associated with Keith was nine pages long, but soon became 40 pages. Peel said most affidavits are one-two pages long.

In those searches, authorities collected proof that Keith had been operating in different circles under various names, some of which involved “swinger groups.” There were numerous sexually explicit, graphic pictures found on Keith’s devices from different gatherings. They also found a homemade DEA agent identification badge with Keith’s photo and a different name.

Peel said Andrew, the Hockensmith’s 8-year-old son who witnessed them being killed, described the shooter as having a fake beard because he had white tips near the ears, and drew a picture of it. Investigators found razors with synthetic hair in them from where Keith had trimmed the fake beard.

There was also a broken key found, which they believed went to the front door of ABC, and was broken off in Keith’s haste to lock it behind him after he entered. 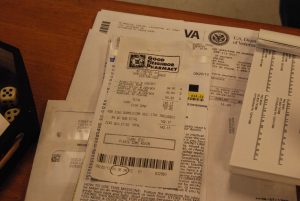 A pharmacy receipt found shows where Kenneth Allen Keith circled the time. His meticulously constructed alibi would later become part of his downfall in being arrested for the murders. (Photo courtesy of Danville PD)

The medication Keith insisted he had to drive to Danville and pick up for his wife still sat on his desk from three weeks before. Keith had the time circled on the pharmacy receipt.

In that same trash bag, they found a homemade target, presumably from where Keith was practicing firing a gun — perhaps out behind his pawn shop, where the spent .22 bullets were found. Video was retrieved from the early morning hours of the day of the murder, showing flashes of light occurring out back of his Somerset pawn shop.

“At the time, our assumption was he was testing his silencer that morning to make sure it was functioning right,” Peel said.

Then, things started to get even more strange.

“Again, due to the resources we had available, what would have usually taken about 10 months to turn around, we got in a couple of days. Just priceless,” he said.

They were able to find searches where Keith had looked up fake beards and how to attach them. Keith had also run background checks on all the victims the night before the crime, Peel said.

He had maps laid out with different paths highlighted around ABC, showing the exact path his van was videoed as taking; searches on how to bury money with GPS coordinates — “tons of stuff,” Peel said.

As they began going through his text messages, they found evidence they believe showed he was planning another murder in another jurisdiction, as well.

“It became quite clear he wasn’t who everyone thought he was,” Peel said.

“He was a swinger. He had very graphic images and videos on his devices, having other lives with other people,” Peel said.

Some of those they interviewed had no idea Keith was a preacher or that he was married.

Although they found enough evidence against Keith in less than a month, the case dragged out for much longer. Keith’s first attorney, Mark Stanziano, was killed on the street in front of his Somerset practice in June of 2014. His wife, Bethany, took over Keith’s case, but withdrew as his attorney in a year.

“At that point, we were back to day one, as far as the defense was concerned. They hard to start a new review,” Peel said.

Multiple motions were filed, suppression hearings held and Keith’s defense attempted to throw out the conversations between Keith and Herald, but it stuck. 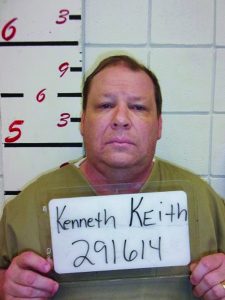 Kenneth Allen Keith was arrested and charged with the murders of Michael and Angela Hockensmith, who owned ABC pawn shop in Danville, as well as gold broker Dan Smith. He is currently serving a life sentence at Eastern Kentucky Correctional Complex in West Liberty.

The trial against Keith was set for August 2017, almost four years after the murders occurred. “That’s what I wanted to happen. I think that’s what Mr. (Richey) Bottoms (Commonwealth Attorney) wanted to happen. Then out of nowhere, we get a call about the first of May — he wants a plea,” Peel said. “We said he’ll take what we offer, which was life without parole. We didn’t budge on anything, except the death penalty.”
On May 26, 2017, sentencing for Keith was waived and he went straight to prison from the Boyle County Courthouse. Peel said he learned through Keith’s defense team’s investigation that the day before, he met with his attorney and wife, and “he’d given a full confession and admitted everything. He answered some questions that I had, things we’d speculated — we were spot on.”

Peel paused for a moment, and said he wanted to add just one more note. “May 26 was Andrew’s 13th birthday (the Hockensmith’s son who called 911). The day Keith pled. So he was super excited,” he said.

“The biggest thing I can say about this case is Andrew’s part in solving it. What he did was critical to the outcome we got,” Peel said. “And the other thing is that law enforcement can sometimes be a little ego-heavy. The ATF guys, KSP guys — there was none of that from day one … We can’t thank them enough and it wouldn’t have been as efficient as it was without their help.”

He said Keith’s confession centered around the motive of the Hockensmiths “taking his business.”

Keith had bought the gun in January, and did interview searches regarding gold buyer Smith in February, so they knew his planning and premeditation went back to January.

“This is just my opinion, because I feel like I lived with the guy for three and a half years,” Peel said. “I think his biggest downfall was that he planned too much. His alibi was so tight, once he slipped one time telling somebody, it started falling apart and he couldn’t keep it together.”