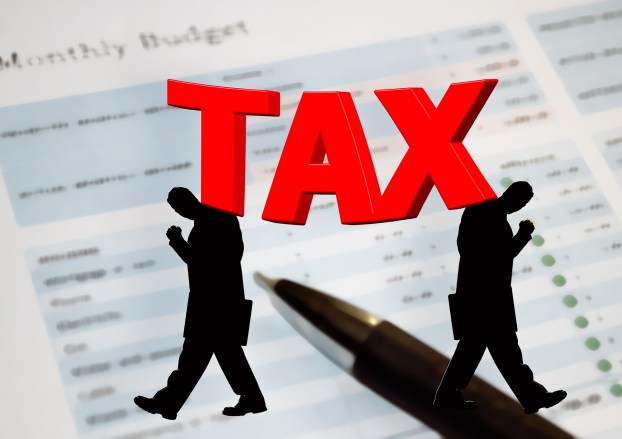 Danville may collect its own payroll, net profits taxes

Danville City Commission has approved the first reading of an ordinance allowing the city to take back the collection of occupational license fees and net profit taxes from Boyle County.

The city has had an interlocal agreement with the county for the collection of those taxes since 2005.

“Prior to my arrival, the city saw fit to buy new technology,” explained new City Manager David Milliron. Danville purchased a finance software called Caselle, which is in the process of being implemented.

He said the technology will “make our operations more efficient and certainly cost-effective.”

Milliron said based on the 2020 budget estimates, the fee paid next fiscal year for Boyle County to collect Danville’s taxes would be $183,575. The city estimates that after accounting for salaries and other expenses related to collecting the taxes itself — such as supplies, postage, office equipment and software subscription fees — the city will see a net savings of $64,277 as a “conservative estimate.”

“Myself, along with our Chief Financial Officer (Michele Gosser) met with Boyle County Judge-Executive (Howard) Hunt, and staff informed them of this initiative last month,” Milliron said. “It is being recommended that the commission, at its next reading, adopt this initiative — that way the county has ample time to alter their fiscal year 2021 budget process.”

The county will continue to collect the taxes through Dec. 31, “regardless of the decision of the city commission,” he said. “However, the city would be giving an abundant amount of notification to the county that the function would come back in-house here at the city. Ultimately, it will be a significant savings back to the taxpayers.”

Gosser said the city thinks it can save money with the change because “we think we can close the tax gap a little bit and work on that number, also to get it up,” she said, referring to what percentage of taxes are paid on-time.

When asked Friday if she was referring to tightening up the process so more fees are paid on-time, Gosser said, “That’s one way to close the tax gap, yes.”

She said other ways include “cutting down on noncompliance, auditing returns, check back with entities doing business in Danville,” for example.

Commissioner J.H. Atkins made the motion to approve the first reading, which was seconded by Commissioner Denise Terry.

“Every little bit helps,” Commissioner Rick Serres said, during discussion after the motions.

“If we’re going to potentially ask people to pay more in taxes, then they need to know we’re doing all we can to squeeze out the nickels on our end,” Caudill said.

Boyle County Treasurer Mary Conley said she doesn’t expect the change to create any type of ripple effects with the county. Occupational and net profit taxes are collected through the county’s occupational tax office, which will still have the same amount of returns.

“Boyle encompases Danville, so all the taxpayers in Danville collect both. But Boyle only pays Boyle taxes. We’ll get the same amount of paper returns in, so nothing should change greatly; we just lose that … revenue.”

Milliron said the city is moving forward with installing “security glass” in the front lobby of city hall.

Also, the city has approved authorization for the downtown lighting project, which is moving forward. “We are also investigating some smart-city technology for potential crosswalks when we have our discussion with KDOT,” Milliron said, in reference to Kentucky Department of Transportation.

Milliron and HR Director Randy Boyd will meet with the Hanna Group to discuss the salary compensation study “and the data that went into that, and trying to peel back that onion and understand all the data,” Milliron said. “We’re moving that process forward as we keep an eye on our fiscal budget.”

The city manager said a draft of the solid waste service request for proposal has been distributed to commissioners, and staff is reviewing it. “Our 10-year agreement is up, we should have a new vendor — or existing vendor — in place hopefully by July 1.”

Milliron said he also has a working draft of the audit services RFP, which will be given to staff soon.

Coming up: At the next Danville City Commission meeting, on March 23, consultants and engineers will talk about the next phase — “hopefully the final iteration,” Million said, of the new fire station and public safety facility. The new central station will be built next door to city hall.

A front-page story from The Advocate-Messenger on Jan. 27, 1983, reads “Young artist hopes to take comic book world by... read more