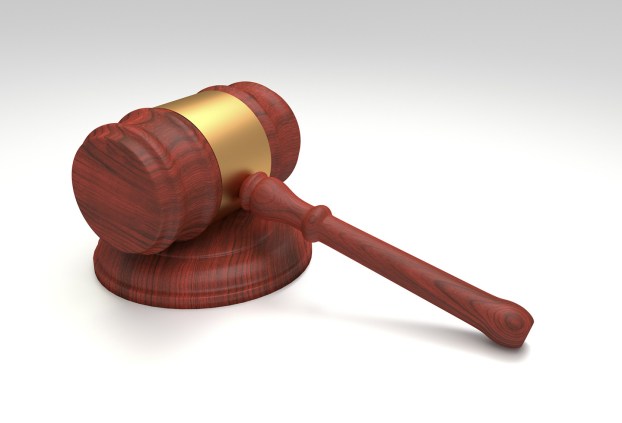 Public defenders for clients in Boyle, Mercer and Lincoln counties are working to get as many pretrial detainees out of local jails as possible due to the threat of the COVID-19 virus.

It’s part of a statewide effort by public defenders to reduce jail populations, which they consider to be especially at risk if the virus were to show up inside.

But the lead circuit court prosecutor for Boyle and Mercer counties said Monday he has concerns about a “blanket” release of inmates; and he believes, depending on the case, it may be safer to keep individuals locked up in jail.

As of Monday, defenders had reached agreements with prosecutors and judges for the release of approximately 29 pretrial defendants in Boyle, Mercer and Lincoln counties, said Jessica Buck, directing attorney for the Department of Public Advocacy’s Danville office.

“To the best of my knowledge … they were all being held on some form of cash bond that they could not afford to pay,” Buck said.

For years, Boyle and Mercer counties required defendants in criminal cases to pay money to get out of jail at a higher rate than anywhere else in the state, according to data from the Administrative Office of the Courts. The percentage of defendants offered non-financial bonds — requirements of release that do not require financial obligations — has increased in 2018 and 2019, according to the AOC data. In 2019, about one in four defendants was able to get out of jail while they awaited trial without paying money.

Buck said there are many more cases on which defenders and prosecutors could not reach an agreement for release; for dozens of those cases in Boyle and Mercer counties, a motion for emergency bail has been filed, in order to get them out of jail on an unsecured or reduced financial bond. Those motions are scheduled to be heard Tuesday morning by Circuit Court Judge Darren Peckler. Buck said the hearings will not be open to the public or family members.

Buck said she filed approximately 60 motions in Boyle County and around 23 in Mercer County.

“It’s always important to my office to get people out of jail. We do bond advocacy on every case, always,” Buck said. “But in light of the pandemic, we believe our clients in custody are a uniquely vulnerable population.”

Buck said people in jail cannot practice “social distancing,” a practice recommended by public health officials of remaining several feet away from other people and avoiding gatherings of multiple people.

“Other states are releasing other people in light of this,” she said. “We believe the same thing should be happening here in Boyle, Mercer and Lincoln counties.”

Buck said motions for release have not yet been filed in Lincoln County because defenders are still working with prosecutors to reach agreements. The list of people the defenders want released is “much shorter” in that county, she said.

The motions state that each defendant has been determined too poor to pay for their own defense, and that the financial bond required for their release is excessive because they cannot afford it. The motions argue the COVID-19 health threat adds another reason to let the defendants out.

“The special vulnerability of prisons and jails to infectious disease, and particularly COVID-19, is readily apparent from the coronavirus outbreak in China,” the motions argue. “Coronavirus (a family of viruses that includes COVID-19) suddenly ‘exploded’ in China’s prisons, with reports of more than 500 cases spreading across five facilities in three provinces.”

… Other U.S. states which experience earlier contact with the virus have already begun to confront the contribution of jails to the spread of the disease both within and outside the jail. Additional data compiled by the Prison Policy Initiative demonstrates the risk that jail contamination poses to the community at large, due to post-infection release of contaminated inmates.

“Action taken now to release incarcerated persons will help to curtail this risk.”

Commonwealth’s Attorney Richie Bottoms, the lead prosecutor for felony cases in Boyle and Mercer counties, estimated lower numbers than Buck did — he said he expects to deal with about 42 different individuals from Boyle County cases and about 14 from Mercer on Tuesday. He said he was only approached with about four to six cases for an agreement on release; he agreed to “several,” but there were “two or three” he did not feel comfortable releasing.

Bottoms said the state public defender’s office ordered local offices to pursue release for every one of their clients in a “blanket” manner that he disagrees with.

“First of all, it’s based on conjecture,” he said. “It’s just as likely, I think, that these people being away from the public — maybe they’re less likely to be exposed” to COVID-19. … I also have an issue with just a blanket, form motion being used for everyone that is incarcerated that they represent … I have a person charged with murder included with the same type of motion for someone charged with theft or possession of drugs.”

Bottoms said there are a couple of cases scheduled to be heard Tuesday on which he plans to “vehemently object” to release; on the rest of the cases, he will defer to whatever Judge Peckler thinks is best.

“I have always and will continue to trust his judgment on whatever he decides to do,” Bottoms said.

The prosecutor also questioned whether release from jail for some wouldn’t create more or worse problems.

“Does everyone even want to be out of jail?” he asked, noting there could be people in jail who are homeless and have nowhere to go.

Bottoms also questioned if there are people in jail in need of medical treatment, whether releasing them would hinder their ability to get that treatment.

Bottoms was clear his comments were directed toward the state public defender’s office — he said his office always works very well with local public defenders.

“I can’t speak to who made the directive for this or why it’s done, but it just seems to me like there’s larger issues than can be addressed by a blanket motion,” he said. “I’m willing to let people have their hearings and let people address their specific cases. If someone can be out of jail and that offers some relief to the detention center, I think that’s OK. I certainly don’t want anyone to be unsafe. But quite honestly, everyone that’s in jail doesn’t deserve to be out of jail.”

Buck compared the close quarters of jail and inmates’ inability to leave to the situation on a cruise ship, noting health officials have discouraged people from going on cruises during the pandemic.

“The inmates that are in these jail cells in our overcrowded jail cannot be 6 feet away from each other. They live together, they eat together, they sleep together,” she said. “They’re in tightly packed cells, so we believe that their health is at risk and we want to get as many of them out of jail as we can.”

Boyle County Jailer Brian Wofford said if COVID-19 did make it inside his jail, “it would be a big threat.”

“Basically, if it gets in, it would be hard to contain, just because of the way our facility is built and the lack of space,” Wofford said.

The jail is doing everything it can to prevent that from happening, including prohibiting all but essential people from coming inside. The jail is not currently allowing volunteers, religious services, GED classes or 12-step meetings. It has reopened an old glass-windowed visitation room for attorneys to meet with clients; and only essential visitors such as pretrial officers and mental health personnel are allowed in beyond staff and the inmates, he explained.

On the inside, inmates are being screened thoroughly by medical staff when they’re booked, including new questions intended to help determine if the inmate has been near anyone who has or may have COVID-19. And a “clean crew” of inmates is going throughout the jail, regularly sanitizing doorknobs and hard surfaces.

On Monday evening, the jail’s population was around 240, according to its inmate log. That’s down substantially from populations earlier this year that were approaching 300. The jail is rated to hold 220 inmates.

Wofford said he appreciates what county attorneys in Boyle and Mercer counties have been doing to help lower financial bonds and get more people out of the jail in response to the pandemic. Lowering the population makes it more likely if the jail did wind up with someone who tested positive for the virus, that an isolation cell would be available for quarantine, he explained.

“I’ve been very impressed by the cooperation of all the different agencies” in lowering the jail’s population, Wofford said. “Everybody is taking this seriously and working toward the same goal.”

Buck noted that all of the pretrial defendants for whom release is being sought are still considered innocent until proven guilty under the law.

The City of Danville has called a special emergency meeting of the city commission for 9 a.m. Tuesday morning in... read more