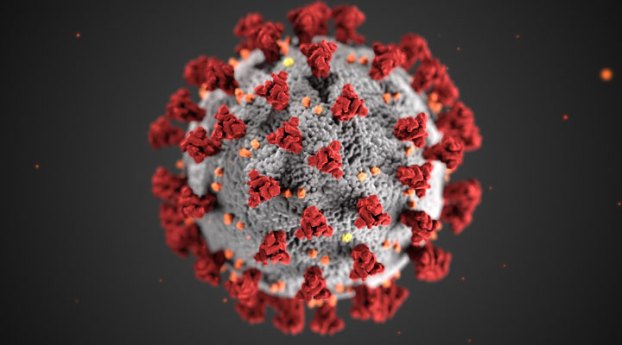 This story was updated with additional information at 3 p.m. March 16.

The City of Danville announced Monday it would suspend disconnects of water service until further notice.

Customers whose service has been turned off recently due to non-payment may call the city at (859) 238-1200 to have it turned back on, however staff is proactively running routes to turn service back on for water customers who have been recently disconnected.

Kentucky Utilities announced Monday it would be suspending disconnects until May 1. The change is intended “to assist residential customers who may be facing financial difficulties in the near-term due to impacts from COVID-19,” according to KU.

“While we’ve historically taken similar measures during extreme weather conditions, we are in unprecedented times with this virus and we want to ensure that our residential customers, who may need some extra time to make payments, have the additional grace period,” said Eileen Saunders, vice president of customer services. “We are committed to working with our customers who may be having difficulty paying their energy bills and connecting them with available resources that can further assist them.”

Atmos Energy similarly announced plans to suspend disconnects of natural gas service, in order to help customers who “experience financial difficulty, whether because of illness, quarantine or a disruption at work.”

The Danville-Boyle County Economic Development Partnership canceled its regular March meeting, which would have been held Wednesday morning at Denyo Manufacturing Inc.

“As this situation develops over the next two weeks, a decision will be made to reschedule or reconvene at our regularly scheduled time in April,” according to a letter sent by EDP President and CEO Jody Lassiter. “This decision was not made lightly.  EDP board members are recognized leaders in our community’s economy, so it is important that we project confidence and proceed with our important work as we experience unprecedented conditions in modern times. However, we also have to recognize and respect federal/state policies to limit group interactions as a means to slow the spread of the virus.”

Lassiter said the EDP will be consulting with other economic development agencies about best practices for meeting in the wake of the pandemic.

“We are by no means slowing down,” Lassiter wrote. “In fact, it’s quite the opposite. In addition to our regular work, this situation feels similar to the EDP’s coordination of emergency response with industries and businesses during the 2009 ice storm.”

Gov. Andy Beshear ordered all bars and restaurants in Kentucky to close by 5 p.m. Monday, March 16, in response to the COVID-19 pandemic. The businesses will still be able to fill delivery and carryout orders.

The Danville Architectural Heritage Board and City of Danville have canceled their joint work session scheduled for 10 a.m. Tuesday, March 17. The cancellation was made out of “an abundance of caution and following guidance from the Kentucky Department for Public Health,” according to a news release. “KDPH has advised that all community gatherings should be canceled, postponed or done virtually,” according to the release. “Meetings, even small ones, should be done virtually.”

The Centers for Disease Control and Prevention issued guidance over the weekend asking for all “large events and mass gatherings” of 50 people or more to be canceled for the next eight weeks.

“Examples of large events and mass gatherings include conferences, festivals, parades, concerts, sporting events, weddings, and other types of assemblies,” according to the CDC. “These events can be planned not only by organizations and communities but also by individuals. … Events of any size should only be continued if they can be carried out with adherence to guidelines for protecting vulnerable populations, hand hygiene, and social distancing.  When feasible, organizers could modify events to be virtual.”

The Better Business Bureau has issued a warning to businesses to “avoid the temptation to raise prices during a situation such as a storm or pandemic because it may be illegal to do so in certain states and because it erodes marketplace trust.”

The BBB said “State attorneys general offices may need to initiate state price-gouging laws, which will automatically go into effect during a declared state of emergency in order to prevent businesses from over-charging customers who are preparing to take preventative measures from getting sick.”

Due to recent developments concerning the COVID-19 pandemic, Centre College has changed its operating plans that were announced on Friday.... read more