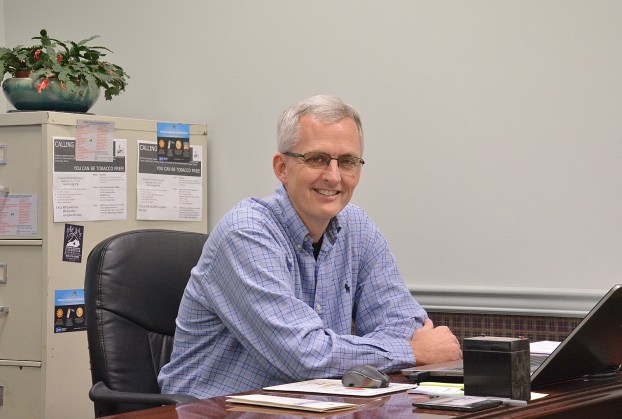 For a complete CDC resource guide on COVID-19, including how to protect yourself or handle self-quarantine, visit kycovid19.ky.gov. The COVID-19 Hotline is (800) 722-5725, and is operated by healthcare professionals from the Kentucky Poison Control Center, but is handling a high volume of calls. It’s recommended to review the resource guide before calling, where guidance is being added as it becomes available.

Public Health Director Brent Blevins took some time out from a pretty hectic schedule this week to do what he’s been immersed in for quite some time: talk COVID-19. And right off the bat, he makes a good point.

“I say ‘quite some time,’ because this thing has actually been going since about the middle of January. So, you know, we’re already two months into this. It seems like it was all just in the last week, but that’s not really — it’s been a while.”

The first U.S. case of the coronavirus was identified on Jan. 21 in Washington state.

Blevins said aside from some pertinent reporting procedures they are trying to get the word out to doctors’ offices about, he’s also been aiming to help the general public understand: “It’s OK. This is a virus, and we’re going to figure this out as we go. But we’re already a lot farther along than we were a month ago.”

However, he says he feels many aren’t taking the “social distancing” warning very seriously. “Anytime you can throw that in somewhere, please do, that’s the key to this deal.”

He says keeping groups at 10 or less is good, “but for me, it’s more about being apart from people. Six feet apart — stick that arm out, loop back a couple of steps and you’re probably good. Getting people to understand that and actually do it are two different things.”

At first, testing for COVID-19 was state organized. If you wanted to be tested, your doctor would have had to screen you, or the hospital.

“Then, they would call the state of Kentucky. Then the state epidemiologist would work with the doctor or hospital, and say OK, does this meet criteria to be tested. If the state said, ‘Yeah,’ they would send the test down, and Ephraim (McDowell Regional Medical Center) or whoever would do the test, send it back to the state lab and the lab would — usually within 24 hours — let us know positive or negative. And that’s the way it’s been working so far,” Blevins explained.

He said the whole process was very controlled, and everyone was in-the-know on the results, which “worked really well for us.”

However, just as they knew it would happen, the private labs are now offering COVID-19 testing. “Now, any doctor could have a contract with a private lab and they could do their own testing … Much like the flu testing is now — you can go about anywhere and get flu-tested. So that’s what this is morphing into.”

Now, Blevins said, the testing is going to be “spread out, which is just the normal part of the economy. They’ve figured out, hey, it’s a test, and sure, it’s a good public service — but it’s also billable. So that’s just how the economy runs.”

So now, the health department is working to make sure any doctor’s office using a private lab realizes they must adhere to the reporting process through the state; they are required to report COVID-19 cases.

“So now we’re in that dilemma, trying to make sure the doctors who are doing this private testing, that we’re not missing people who’ve come up positive,” Blevins said. “… It’s an interesting dynamic.”

On the community level, Blevins said Boyle County is fortunate “because we’ve got great emergency management, — our EMS, Ephraim, our private doctors, fire, all these people.”

But, he said at the same time, “because we have such a vast network … it’s just making sure everybody’s understanding what we’re doing … But really, everybody’s been great with that, it’s just been interesting to work through. Ephraim is really a huge lead on this, because they started testing pretty early, so that helps us.”

Blevins said if a test turns up positive for COVID-19, “Then what we have to do is we have to know about you first. Then we have to contact you and say, alright, tell us all the people you’ve been in contact with. Any doctor’s office who gets a positive is supposed to be contacting us.”

There is already a reportable disease system through the Kentucky Department of Health. “Before COVID-19, TB, flu — all this stuff, we get reports every day. And so now we’re trying to make sure everybody is in that system. If we’re going to miss people, it can spread even more in the community. So we’re working on making sure everybody who’s testing understands — hey, when I get a positive test back, it has to be done this way.”

Dealing with the rumor mill

Blevins said his first response to most calls with claims of knowing someone who’s tested positive or who has been exposed is, “‘OK, give me the number;’ I need to talk to somebody. Because there is so much hearsay, rumor and I’ve just kind of learned in this job, I need to get the basic facts.”

He said there have been numerous reports and claims, many of which he can dispell right at the moment, others that have taken a few questions to straighten out. “And a lot of times I can say, ‘No; I’ve got all the tests and I can tell you no, that didn’t happen.’”

Blevins was asked if it’s also the responsibility of the patient to ask the doctor if they are reporting their positive result. “They should. I mean, I would if I was going in. It’s that education piece right now.”

The symptoms of COVID-19 and the flu are really similar, Blevins said. “People just really feel bad. But what you hope is that people who get tested that are positive, that they’re able to go home and just self-quarantine, and we’ll work with them on that.”

Anyone who tests positive is contacted by the health department, unless they need to be hospitalized. “They can go home, we keep up with them. Whatever the time period is they need to stay home, see how their temperature is doing, that kind of stuff.”

He knows of several people who are taking it upon themselves to self-quarantine locally. “Thank goodness. I’m glad people in the public will do that. Because, boy, that just helps us.” He says quarantine times may range, but it usually ends up being about 14 days, or the length of time until you’re no longer symptomatic.

Blevins said quarantines of people who have tested positive can only be ended if the patient had two negative tests returned at the end of the 14-day period. The 14-day period is required because in most exposure cases, that’s long enough to notice the onset of any symptoms, he said.

“Let’s say on the seventh day (of quarantine) you start having symptoms, so you would have to go another 14 days. You could be 21 days, but most people who are self-quarantined will know in a few days if they’re not feeling good.”

According to the state’s COVID-19 response website, kycovid19.ky.gov, those who have not been tested but have isolated themselves due to symptoms or exposure can return to normal living when:

For those who will be tested to determine if they are still contagious, they may end isolation when:

Initially, Blevins said, the state was keeping track of all the quarantines. “Here’s what’s happening now … it’s getting to the point where the state doesn’t have the manpower to do that, so the local health departments like us, we’ll just be responsible for keeping up with them.”

Blevins said people can be carriers of the virus who don’t have symptoms.

“They say at least 80% of the population could get it and not even know, no big deal,” he said. But he added the big deal is who those people come in contact  with — a potentially deadly situation for the elderly or someone with other health problems, who are high risk.

The CDC says people are thought to be the most contagious when they have the most symptoms, but that some spread might be possible before those symptoms are seen. There have been reports of this occurring with the coronavirus, but it’s not thought to be the main way it spreads.

Predictions of a new normal

“It’s been a very interesting pathway trying to figure this all out, and I will say the state of Kentucky has done a great job initially getting us to this point.” He said the kycovid19.ky.gov website is an excellent resource guide for anyone with questions; he refers people to it daily.

“There is also an 800-number you can call and talk to people who have knowledge.”

Blevins says what he expects to happen, but doesn’t know for sure, “I’d expect we’ll have cases regardless. Everywhere is pretty much going to have cases, that’s just how it is. I think we’ll probably see more positives (confirmed cases) in the short term, as more people are getting tested right now.”

Blevins said the current pandemic will probably result in somewhat of a new normal. Aside from Americans learning how to effectively practice social distance, he feels testing procedures will evolve, as well.

He compares it to how the flu testing is handled now. “Heck, you can almost go in for anything anymore, and if they can’t look at you and say ‘man, you’ve got strep,’ then you’re probably going to get a flu test.”

Blevins said most likely, when people are feeling bad from now on and go to the doctor, get tested, “and everything else is a negative, then they’ll just throw a COVID-19 on it, and it’ll become more of a routine test.”

Even though Boyle County and Danville schools have closed for the next few weeks due to the COVID-19 pandemic,... read more