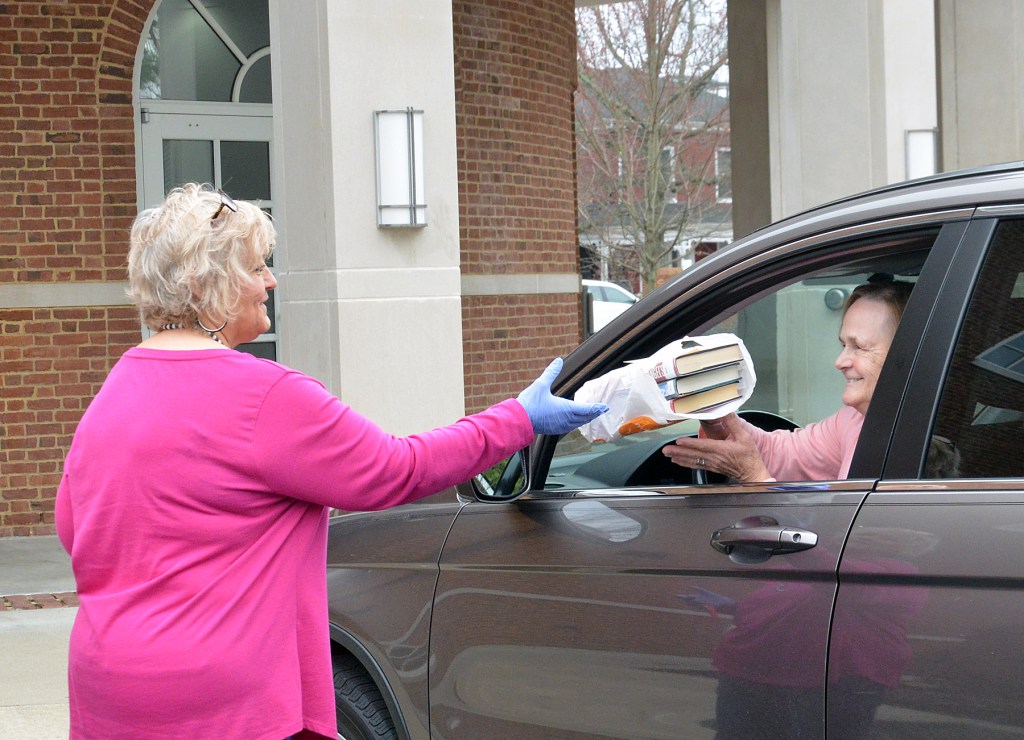 Other, smaller libraries around the state would be hurt far worse, director says

Georgia de Araujo said things are functioning as well as expected during the current COVID-19 crisis at the library. They have some staff members working remotely, with others well-spread throughout the building doing other things, like delivering materials to cars for curbside pick-up.

But Boyle County Public Library — like many others — has an additional scare to weather through during the coronavirus madness. Last week, House Republicans cut $2.5 million in direct aid for libraries out of the state budget.

“Which is manageable for us. But it’s a blow, absolutely,” she said, adding that this money is budgeted for the library’s downloadable materials.

“It’s our online programming, like tutorial programs, ancestry and genealogy materials — all those sources we’re really pushing right now” because of the social-distancing efforts to combat the virus.

The library just rushed to get out the word on one of its newest programs due to the current situation. “We pay for specific databases we think are most useful to the public,” she said.

The GOP majority took Gov. Andy Beshear’s $7.8 million budgeted for libraries down to $5.3 million, with language requiring any remaining funds to only be used for construction purposes. There’s also a big push by legislators to create limits on the taxing authority of libraries. Requiring board members of libraries to be elected or appointed by elected officials is also in the push.

“The state basic aid to libraries within that is $2.5 million, to all public libraries across the commonwealth,” she said, with a base amount given to each county by a set calculation. She said the smallest counties tend to get more cash in their base package, “then on top of that, every county gets an equal amount of money per capita for their population.”

Simply put, the smallest libraries tend to rely most heavily on state basic aid, she said.

“By eliminating that completely, it really cripples the very smallest counties — the ones that probably have fewer resources to draw on in other ways,” she said. “It will definitely close a handful of county libraries in Kentucky, while severely crippling others.”

de Araujo said for librarians, “it’s a really devastating thing,” because of the big picture. Libraries are very much gathering places, she said.

“One of the primary roles of a public library is providing resources for young children and young families,” de Araujo said, especially in a time when the state is really focusing on early childhood literacy.

She said based on studies, it’s easy to draw a line from basic reading readiness to what children had books read to them as a child. “There’s a clear line from reading to your baby to making sure that baby graduates from high school. By taking public libraries out of that line, it will really hamstring a lot of families and limit what a lot of children may be able to do.”

Not to mention, public libraries provide internet access to many. “There are so many counties where mountains and valleys and hills and hollers just really stop reliable internet access … that’s critical in the 21st century to how you function.”

And today, with so many headed out to apply for unemployment benefits during this unprecedented time of closures, she said having good access is critical. “Social fabric and infrastructure is what libraries provide. It’s critical in this time — it really is.”

In 2018, former Gov. Matt Bevin also made a hefty cut to state aid for libraries, but it was restored later after a strong lobbying effort.

de Araujo said some of this was heard during Library Legislative Day back in February, where librarians, trustees and friends all went to Frankfort to urge support for local libraries.

“One of the comments circulating, that’s unfounded, is that libraries in Kentucky are rampantly setting outrageous and growing tax rates whenever they have the opportunity,” she said. “It’s simply not true.”

de Araujo shared a chart which shows rates set from ‘13-’19 in the 120 counties. “For 120 counties, that’s 840 opportunities over the last seven years to set a library tax rate, across the state. Out of 840 times … there were only 18 situations where a library set a tax rate above the compensating rate,” which is the rate giving the library about the same amount of public funding from the year before.

“The idea that libraries anywhere in the state are just irresponsibly raising tax rates is simply not born out of facts,” de Araujo said. And she doesn’t know where the false impression is coming from.

de Araujo points to how former Kentucky auditor Adam Edelen supported public libraries to the administration when he was serving. “He held up libraries as best practices on how you transparently manage funds … He noted libraries are highly responsible stewards of public money. We take that very seriously,” she said. “We have excellent leadership through the Kentucky Department for Libraries and Archives. We work very hard to make the best use of the money that we have.”