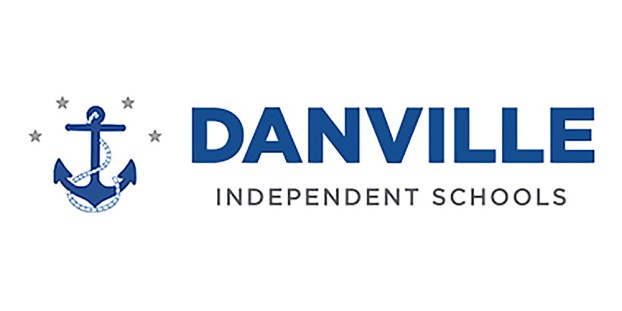 The Danville Schools Board of Education conducted business as usual during an unusual meeting Monday afternoon, via teleconferencing from board members’ and the superintendent’s homes and offices, and the public was invited to watch online.

The board voted unanimously to accept the district’s salary scale as proposed by Superintendent Dr. Tammy McDonald, so it can start posting open teaching positions in April instead of May, and begin making cuts to the 2020-’21 school year budget. However, any of the proposals can still be brought up and changed before the final budget has to be submitted on June 15, McDonald said.

Last year, the district didn’t start posting until May, she said. Principals want to post earlier this year.

“We really lost out of some of the early recruits to other districts because we weren’t moving fast enough,” McDonald said.

A summary of changes proposed by McDonald from last year’s salary scale include the elimination of one assistant football coach and one assistant cheer coach at Danville High School, and a reduction of the weight room coordinator stipend to $2,500 from $6,500.

At John W. Bate Middle School, one assistant coach for wrestling, boys and girls basketball teams will be eliminated.

The Central Office will eliminate the district assessment coordinator, and an administrative and custodial position.

Other changes will be the addition of a $1,500 stipend for a groundskeeper, now that the district will take of of mowing instead of contracting out the work; and elimination of 16 working days from one psychologist position and 20 days from one position in the tax office.

Board member Lori Finke said she was concerned about the rationale of eliminating an assistant football coach.

McDonald answered, “It’s more about the numbers, by looking at other school districts. We had seven positions and 40 on the roster this past year,” compared to three coaching positions for the basketball team with only 31 on the roster. “There are some other districts with seven or eight coaches, but rosters with 70 to 90 on the team.”

If next year’s roster increases, the board could still change the coaching staff numbers, she added.

Eliminating the assistant coaching positions “made sense and was a recommendation from the principals and the athletic director, that would be one of the areas to go down in sports,” McDonald said.

Board member Troy McCowan said when he coached track, with a team of 50 to 60 athletes, “It was just me. … There were 18 different events to spread out and coach these kids up.” He said he occasionally had another coach help out every now and then. So, he believes the football program can be successful with one less assistant coach. “It can happen. They can get it done.”

In other business, the board took the first step in deciding what to do with the vacant, former Jennie Rogers Elementary building on East Main Street.

The board voted to reconvene the 2017 planning committee to change the district facilities plan for Jennie Rogers. At the board’s April meeting, a list of committee members who are willing to serve again and any vacancies will be presented, and steps will be taken to fill any open seats, McDonald said. Once in place, the committee will “discuss the future of Jennie Rogers,” she added.

Following the financial report, Board Chair Steve Becker said, “We have cable companies that, through their internet, offer phone service and internet.” However, the school district, along with every other district in the state, doesn’t receive utility taxes on internet phone service.

“Is that something we can look into,” Becker asked McDonald.

“We’ll definitely look into it,” she replied.