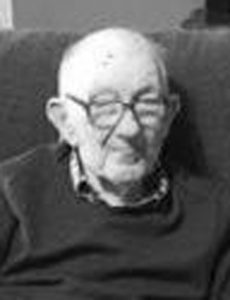 William Edgar “Skeebo” Hazlett, 89, of Stanford, KY passed away on Wednesday, March 25, 2020 at Danville Health and Rehabilitation. Born on January 31, 1931 in Stanford, KY to the late Joseph Abraham Hazlett and Annie May Vest Hazlett. He was a painter for most of his life. He was a jack of all trades who had a creative mind for figuring out how things worked. He loved to go to Goodwill and Salvation Army. He was a friend to many.

Survivors include a host of nieces and nephews.

In addition to his parents, he was preceded in death by a niece, Kathy Rose, who he saw as a daughter; five brothers, Robert Lee Hazlett, Raleigh Hazlett, Charles Hazlett, Russell Hazlett and Raymond Hazlett and two sisters, Edna Mae Hazlett and Annie Steele Francis.

A Private Family Service has been scheduled for Saturday, March 28, 2020 at Spurlin Funeral Home in Stanford, KY. Burial will follow at Buffalo Springs Cemetery in Stanford, KY.