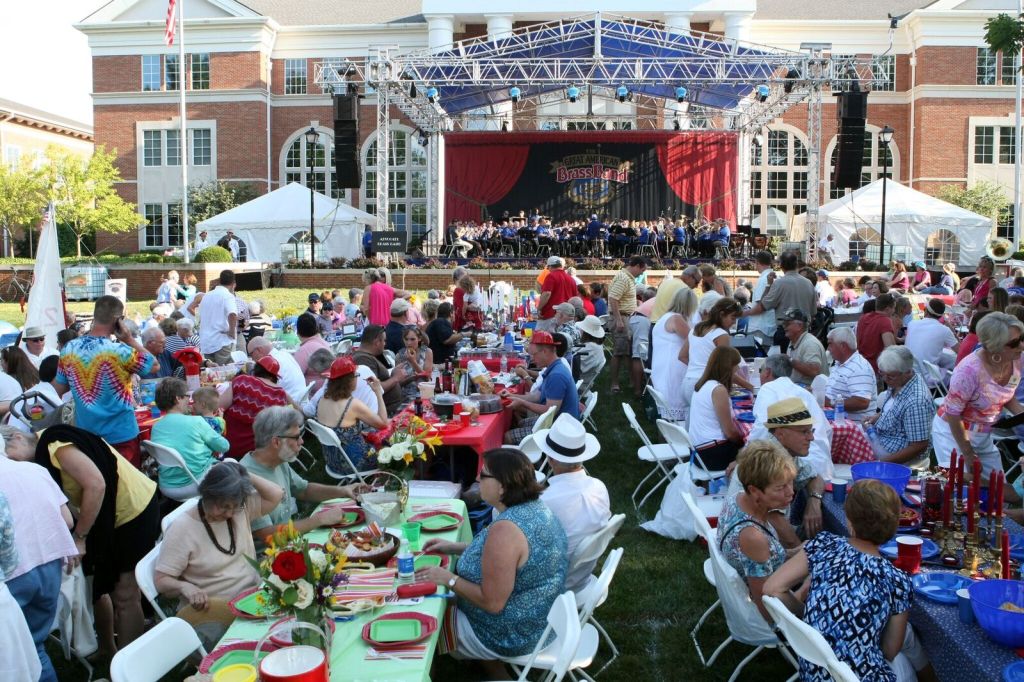 Annual festival moved to late July, will be one-day event

Even The Great American Brass Band Festival isn’t immune to the COVID-19 pandemic.

Because of the current state of affairs concerning the spread of the coronavirus, the 31st annual GABBF will be a one-day, scaled-down version of the iconic festival later in July.

The festival has been postponed until Saturday, July 25, but was originally scheduled to be June 4-7. In addition to it being a one-day event, the festival will be featured in and around Weisiger Park in downtown Danville instead of the lawns on Centre College campus, according to a news release from the GABBF.

On Wednesday, Executive Director Bill Bandy said the board has been monitoring all of the cancellations of other big events due to the coronavirus spreading. “It’s not a good time for large social gatherings,” Bandy said. So the board decided to “put it out far enough for people to feel more safe.”

Bandy said, “This is not something that we take lightly. We care about our friends and our neighbors. We want to do what’s right.”

On that note, Bandy said in these uncertain times the board decided that, “A one-day event is what would be best for everyone.”

The board decided on the date and has been contacting the bands to find out if they can still perform, or even if they want to come. Some bands that are located far away may not feel comfortable making travel and lodging arrangements, only to have to cancel them if the pandemic continues to force social separation, Bandy said.

“It’s like a 1,000-piece puzzle,” and confirming the performances for July 25 is part of the puzzle, Bandy said. Once all of the bands are confirmed, a new schedule will be released. However, all of the soloist performances have already been canceled, he said.

Centre College has been a huge supporter of the festival from its very beginning, Bandy said. But because the school had to send its students home in March, “They’re just like we are. They have unanswered questions too, with a lot of ‘what ifs and unknowns,'” he added. That’s why the festival was moved downtown.

He said they didn’t know if the annual events that accompany the GABBF, but aren’t directly connected to the festival, such as the Great American Balloon Race, Gallery Hop, quilt show, swing dance and the Chautauqua Tea, will take place this year. “They’ll make those calls. It’s outside of our control,” Bandy said.

Putting on the one-day version of the GABBF is still a bit uncertain. “It’s still a wait and see. But we’re hoping and praying,” Bandy said.

Saxton’s Cornet Band leads the Great American Brass Band parade last year. This year’s event has been moved to July 25 and will be a one-day festival. (File photo by Robin Hart)

GABBF Assistant Director and incoming Executive Director Missy Angolia said the parade will still kick off the festival, if all goes well.

And they’re still working out details for the Great American Picnic, she said. “It will look a little different,” being set up downtown and with fewer tables.

“It will be an interesting marriage between Bayou and Brass (Friday night’s usual feature) and the picnic,” Angolia said.

She’s hoping a military band will be able to perform, but she doesn’t know if they will be furloughed or even allowed to travel.

“Musicians are in the same boat,” by not being able to practice together because of social distancing and not knowing if they’ll be able to travel, even by July, Angolia said.

“Everything is just fluid.”

But for now, musicians they’ve contacted are “excited we’re telling them it’s (the festival) postponed and not cancelled,” Angolia said.

Plus, all food vendors are still coming to the event, she added. “There’ll be plenty of food and drinks.”

She said, “We’re getting it all taken care of. It will be a super awesome and safe event.”

If all goes as planned, Angolia said she’s “Hoping people will be excited to get out of the house,” and come to the festival.