City officials to honor those who have died during pandemic 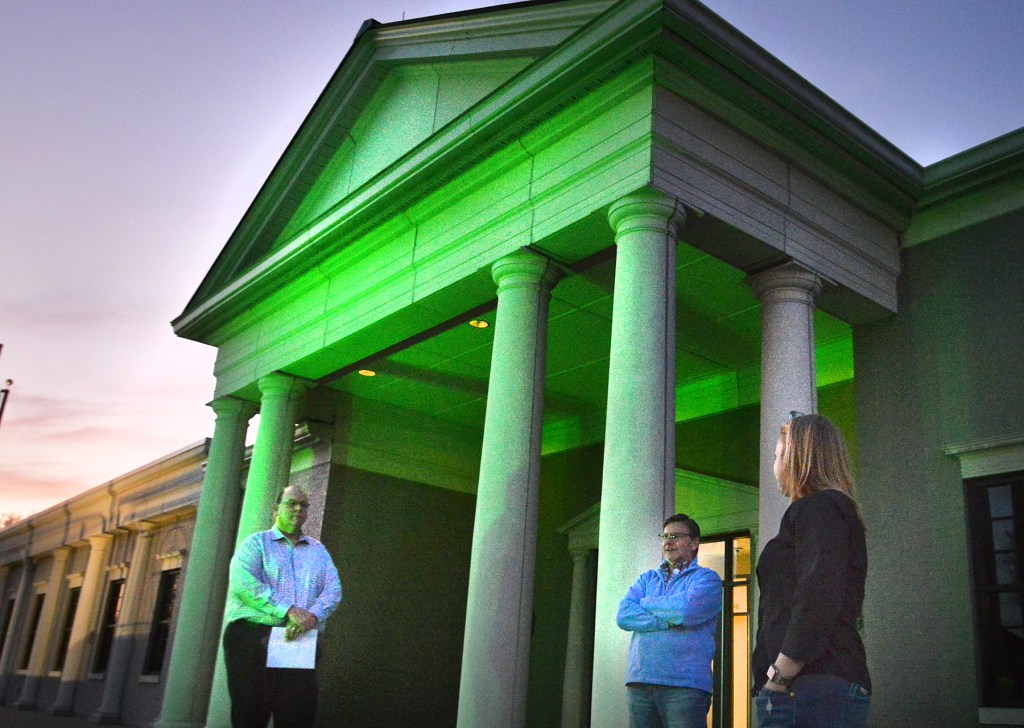 ‘Green is color of compassion’

As the sun set Monday evening, turning the sky into a brilliant coral and golden palette, Danville City Hall became illuminated in a soft green light.

Mayor Mike Perros said, “We’re starting something tonight I wish we didn’t have to start.” He said Danville would be turning on green flood lights at city hall every evening honoring those who had died of COVID-19 that day, as suggested by Gov. Andy Beshear.

“Green is the color of compassion,” Perros stated.

Earlier in the day, Perros said it was important to light city hall, “Because if nothing else, it’s a reminder that the city is very much aware of the pandemic.”

So every weekday at dusk, (about 8:30 p.m.) when there’s been a death in Kentucky, a city commissioner will stand on the steps of city hall and light the building. They may also bring a guest, whether it be a member of the clergy or community, to say a few words of encouragement to the public, Perros said.

Having the building glowing green at night is also a way to reinforce all of the safety measures that are being taken to help keep the spread of the virus to a minimum, he added.

“Plus, it’s just another obvious reminder that people have died and unfortunately, are going to die,” Perros said.

On Tuesday, Commissioner Denise Terry said illuminating city hall with green light, “Is just one more way for us as leaders to let the people know we’re there for them, too. Everything is so unknown.”

Terry said she hopes the light, “Is a beacon for people who are struggling.”

Commissioner J.H. Atkins said the mayor and commissioners are participating in lighting the building every night there’s a death in the state, “For all the right reasons. … It’s a small way to say to the people in Danville that we’re still concerned and are working at city hall every day.”

Atkins said, “We’re going to get back to normal, or some level of normal eventually.”

Monday night City Manager David Milliron recorded the brief event and posted it live on the city’s Facebook page. He will continue doing so every night until the pandemic subsides. 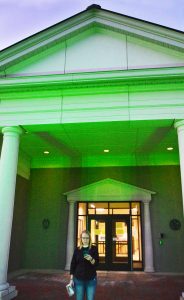 Rev. Amy Meaux, rector at Trinity Episcopal Church, was Perros’ guest Monday evening. She prayed for the first responders, doctors, nurses and all health care workers, to be safe, “and remember those isolated, anxious and vulnerable.”

Boyle County continues to flatten the curve concerning the…