Barr in support of more relief for American people 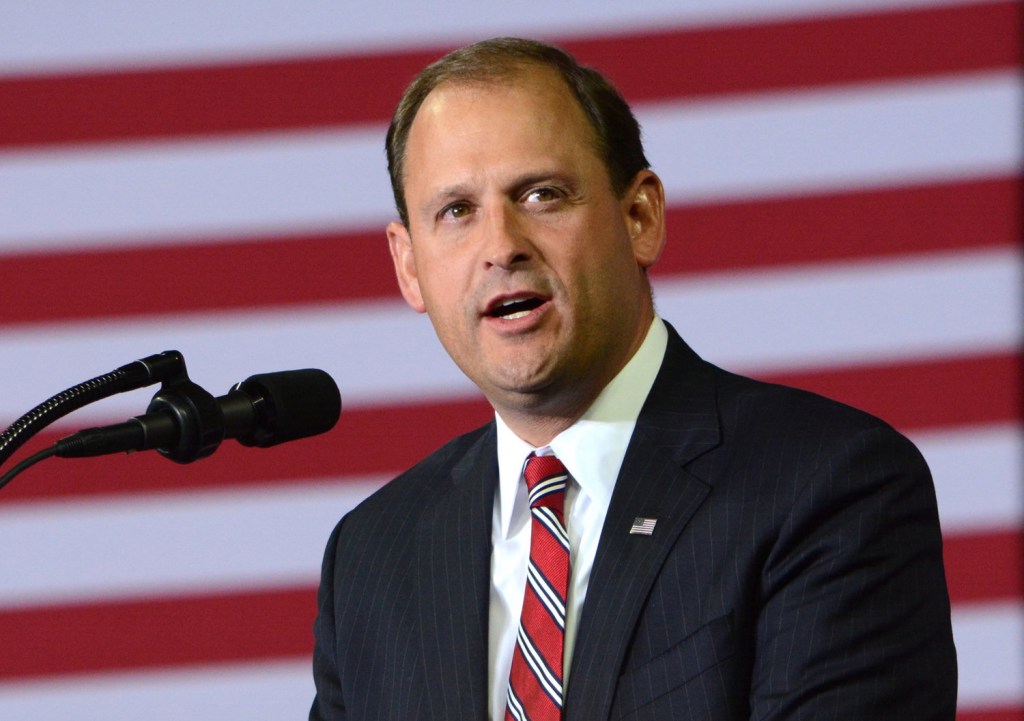 U.S. Rep. Andy Barr says the government's response to the coronavirus and economic emergency has been "robust and heroic." (Kentucky Today/Keith Taylor)

This is the first of a two-part series with Sixth District Congressman Andy Barr on the current COVID-19 pandemic.

LEXINGTON, Ky. (KT) — An economic stimulus package passed by Congress will begin to fully kick in this week when Americans are expected to receive their checks from the treasury department and 6th District Representative Andy Barr said the plan is working. “I think there are technical issues and obviously nothing is perfect, and I do think that, overall, this has been a robust and heroic response from the federal government to address not only the public health emergency but also the economic and financial emergency the coronavirus presents to the American people,” the Kentucky congressman said Thursday. Although the government and most of the state is in shutdown mode because of the current COVID-19 crisis, Barr (R-Ky) doesn’t think the temporary downturn will have long-term consequences on the economy. “The way to think about this from an economic standpoint, it’s not a recession, it’s not a recession in the traditional definition of that word or that term,” he said. “This is an intentional, voluntary shutdown of the U.S. economy by the government. This is not a business, cycle phenomenon. This is done intentionally and deliberately shutting down the economy in order to respond to a public health emergency, whereas a recession will result in 10 percent unemployment (rates). This will result is a lot more because the government is shutting down in wide swaths of the economy.” Barr said relief provided by the federal government is the right thing to do, given the current state of the economy. “It’s all-together appropriate for the government to come back and compensate the American people, households, individuals, families, and businesses for the hardship the government itself has created for good reason,” he said. “We need to provide that social distancing to kill the virus.” Barr praised early action by the Trump administration to take steps as early as January to slow the spread of the virus. “I really credit the President for shutting down travel from China as early as January,” Barr said. “That was huge and I really appreciate the fact that the president led with the travel restrictions on Europe when he did.” Barr added that prior to the pandemic becoming widespread in Kentucky and the United States, the President and Congress had already begun taking measures to deal with a potential national pandemic and ease potential long-term effects. “There has been some criticism on the administration on testing and other issues but fact of the matter is, the Congress and this administration has actually increased funding for infectiousness diseases and the CDC over the last several years,” he said. “The funding for the CDC actually increased Fiscal Year 2015, five years ago by 32 percent. The problem is, even though funding increased and we increased funding for the strategic national stockpile, this is an unprecedented and unforeseen pandemic.” Once the pandemic begins to lose its grip on society, Barr said China needs to be held accountable. “When it is all said and done, there needs to be a robust investigation into origins of this pathogen in China (and) there needs to be an investigation into the Chinese Communist party — their lies and their cover-ups,” he said. “There also needs to be an investigation into what China has done the last few months, which is hoarding personal protective equipment and galvanizing the supply chain.” Another stimulus package is being discussed this week and Barr is in favor of taking more action to help keep the economy afloat going into the three quarter. Barr supports the $350 billion Paycheck Protection Program, which Congress is looking to expanding upon. “I think it’s a great program because it connects workers to their jobs and it will allow us to restart the economy as opposed to layoffs and forcing people into the unemployment rolls,” Barr said. “The more we can see people connected to their work and their payrolls and their paychecks, the better off we will be. I do think we need another injection into that program and I think we need to focus on that and prioritize on that and if there are other things that need to happen, we will look at that as well.”