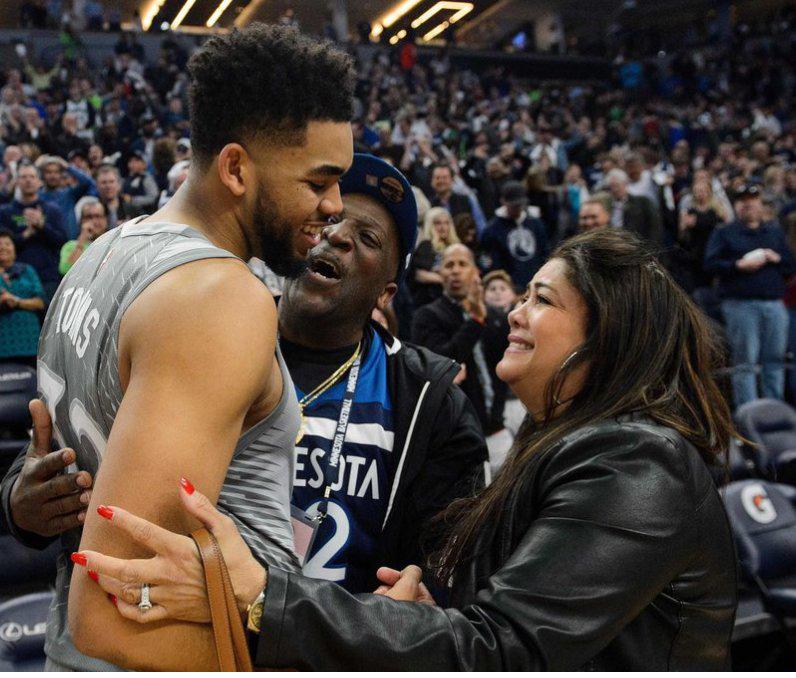 LEXINGTON, Ky. (KT) — Jackie Cruz battled the coronavirus for more than a month and died because of complications from COVID-19 Monday.

“The Towns family is heartbroken by the untimely passing of Jacqueline due to complications as a result of COVID-19,” a family spokesman said. “Jackie, as she was affectionately known among family and friends, had been battling the virus for more than a month when she succumbed on April 13.”

Jackie Cruz,  61, was the mother of Karl-Anthony Towns, who starred in one season at Kentucky before moving on to become an NBA All-Star with the Minnesota Timberwolves.

In a separate statement Monday, the Timberwolves called Jacqueline Towns her son’s No. 1 fan.

“Jackie provided constant and positive energy for him and was beloved by our entire organization and staff at Target Center as she supported her son and the Timberwolves,” the team said. “The League, teams, and players have come together in their support of Jackie and Karl and we are grateful for our NBA family.”

Kentucky men’s basketball Twitter account posted this on Monday:  “We are devastated for Karl-Anthony Towns and his family. Ms. Jackie was a ray of sunshine and Karl’s No. 1 fan. Our thoughts and prayers are with Karl and the entire Towns family. Big Blue Nation, please keep them in your thoughts.”

Known as the matriarch of the Towns family, Jackie was an “incredible source of strength.”

“(She was) a fiery caring and extremely loving person, who touched everyone she met,” the spokesman said. “Her passion was palpable and her energy will never be replaced.”

The family “is extremely grateful for the outpouring of love and support they have received during the very difficult time.”

Towns spoke of the seriousness of the disease on a social media post last month.