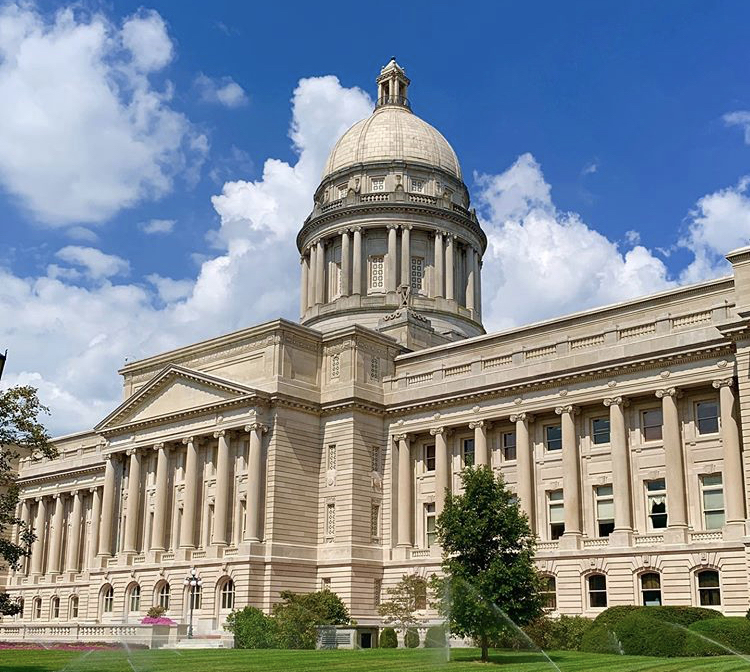 FRANKFORT, Ky. — With the COVID-19 state of emergency still in place in Kentucky and nationwide, the Supreme Court today extended the effective date of the order that governs court operations during the pandemic. Administrative Order 2020-22, dated April 14, 2020, replaces in its entirety Administrative Order 2020-16, dated April 1, 2020. The effective date of the order has been extended from May 1 to May 31, 2020.

“Thank you for your efforts to observe strict social distancing,” Chief Justice of Kentucky John D. Minton Jr. said today in an email announcement to justices, judges, circuit court clerks and court personnel. “The COVID-19 outbreak is by no means over and we must continue to be vigilant, both professionally and personally, so that we and those we come into contact with can stay safe and well.”

The Supreme Court also issued a new emergency release schedule and emergency pretrial drug testing standards to help protect the health and safety of its criminal justice partners and defendants housed in county jails. Administrative Order 2020-25, dated April 14, 2020, will be in effect through May 31, 2020.

You can find ongoing court updates on the COVID-19 and the Courts webpage.

About the Supreme Court

The Supreme Court is the state court of last resort and the final interpreter of Kentucky law. Seven justices sit on the Supreme Court and all seven justices rule on appeals that come before the court. The justices are elected from seven appellate districts and serve eight-year terms. A chief justice, chosen for a four-year term by fellow justices, is the administrative head of the state’s court system and is responsible for its operation. The Supreme Court may order a ruling or opinion to be published, which means that the ruling becomes the case law governing all similar cases in the future in Kentucky.

Administrative Office of the Courts